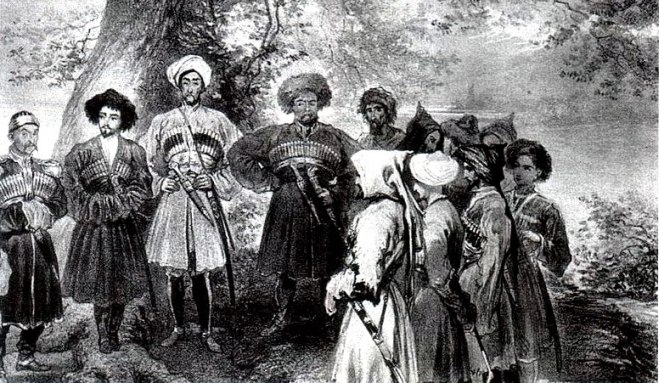 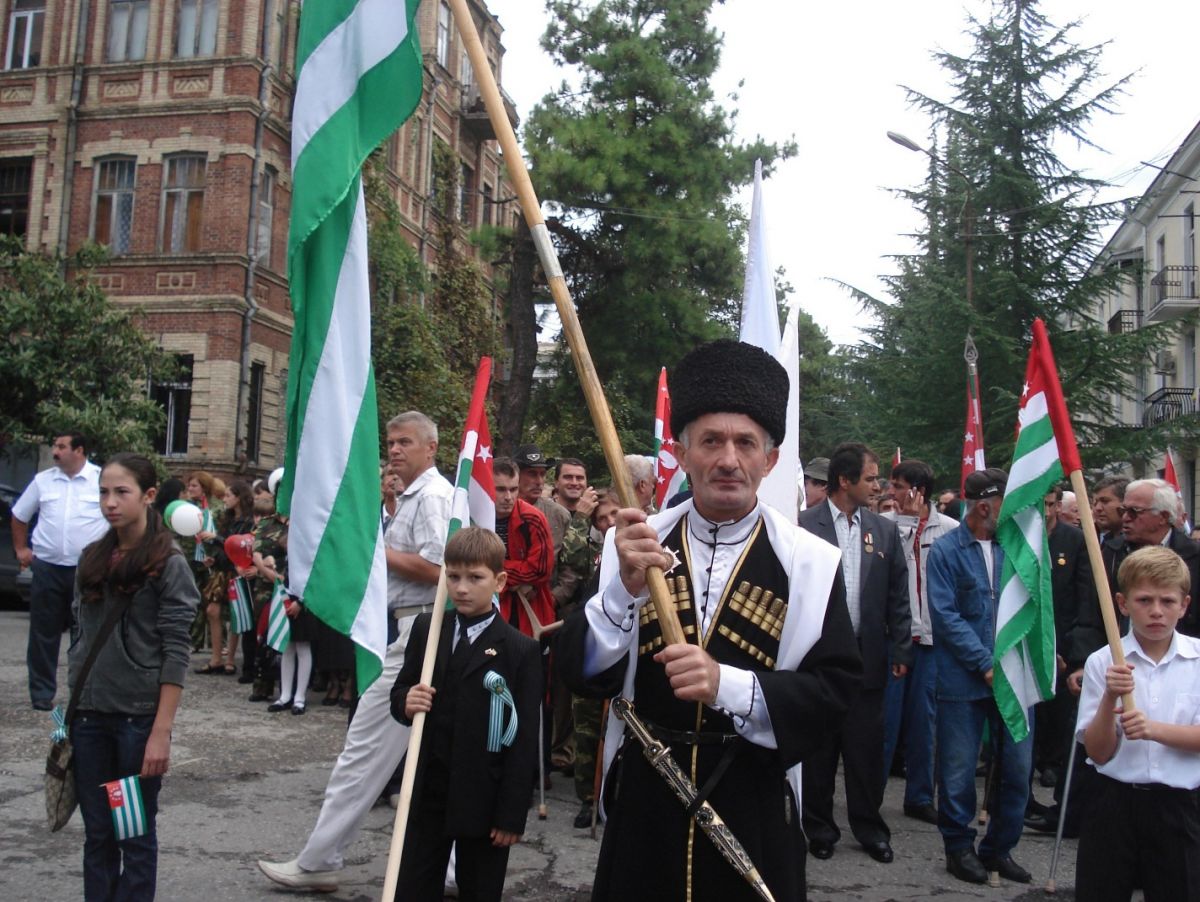 Abkhazians or Abkhaz people are a Caucasian ethnic group, mainly living in Abkhazia, region on the Black Sea coast. A large Abkhaz diaspora population resides in Turkey, the origins of which lie in the emigration from the Caucasus in the late 19th century known as muhajirism. Many Abkhaz also live in other parts of the former Soviet Union, particularly in Russia and Ukraine.

The Abkhaz language belongs to the Northwest Caucasian languages group. Classical sources speak of several tribes dwelling in the region, but their exact identity and location remain controversial. The Abasgoi and Apsilai of the Graeco-Roman authors are considered as the predecessors of modern-day Abkhaz.

The integration of various smaller ethnic subgroups into the modern-day Abkhaz people was basically completed by the late 10th century, but some of these groups were deprived of their homeland when the Russian conquest of northwestern Caucasus forced them to become muhajirs and emigrate to the Ottoman possessions.

Russian researchers have suggested that the ancestors of the contemporary Abkhaz were the ancient Zygii (present-day Circassians), known from the first century BC when they were mentioned by Strabo as Apsils. It has been proposed that they were responsible for the Tsebelda culture.

The Russian conquest of Abkhazia from the 1810s to the 1860s was accompanied by a massive expulsion of Muslim Abkhaz to the Ottoman Empire and the introduction of a strong Russification policy. As a result, the Abkhaz diaspora is currently estimated to measure at least twice the number of Abkhaz that reside in Abkhazia. The largest part of the diaspora now lives in Turkey, with estimates ranging from 100,000 to 500,000, with smaller groups in Syria (5,000 – 10,000) and Jordan. In recent years, some of these have emigrated to the West, principally to Germany (5,000), the Netherlands, Switzerland, Belgium, France, the United Kingdom, Austria and the United States (mainly to New Jersey).

After the Russian Revolution of 1917, Abkhazia was a part of the Democratic Republic of Georgia, but was conquered by the Red Army in 1921 and eventually entered the Soviet Union as a Soviet Socialist Republic associated with the Georgian SSR. The status of Abkhazia was downgraded in 1931 when it became an Autonomous SSR within the Georgian SSR. Under Joseph Stalin, a forcible collectivization was introduced and the native communist elite purged. The influx of Armenians, Russians and Georgians into the growing agricultural and tourism sectors was also encouraged, and Abkhaz schools were briefly closed. By 1989, the number of Abkhaz was about 93,000 (18% of the population of the autonomous republic), while the Georgian population numbered 240,000 (45%). The number of Armenians (15% of the entire population) and Russians (14%) grew substantially as well.

The 1992–1993 War in Abkhazia left the Abkhaz an ethnic plurality of 45%, with Russians, Armenians, Georgians, Greeks, and Jews comprising most of the remainder of the population of Abkhazia. The 2003 census established the total number of Abkhaz in Abkhazia at 94,606. However, the exact demographic figures for the region are disputed and alternative figures are available. The de facto Abkhaz president Sergey Bagapsh suggested, in 2005, that less than 70,000 ethnic Abkhaz lived in Abkhazia.

In the course of the Syrian uprising, a number of Abkhaz living in Syria remigrated to Abkhazia. By mid-April 2013, approximately 200 Syrians of Abkhaz descent had arrived in Abkhazia. A further 150 were due to arrive by the end of April. The Abkhazian leadership has stated that it would continue the repatriation of Abkhaz living abroad. As of August 2013, 531 Abkhaz had arrived from Syria according to the Abkhazian government.