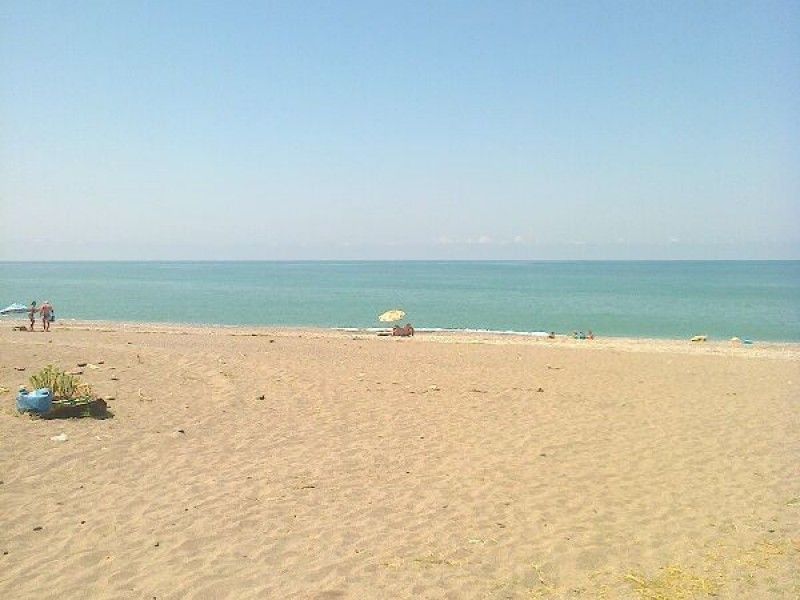 In ancient times Alahadzyh was the religious center of Western Abkhazia. Abkhazian tribes living in Bzyb River Valley which flows near the Alahadzyh, considered sacred, hence the name of the village. In the Byzantine period, when Christianity was confirmed in the province, a large basilica was built in Alahadzyh, which dates back to the VI Century. In the medieval period in the factor there were Alahadzyh Italian republics of Genoa and Venice, which lasted until the Ottoman invasion. In the XIX century the land belonged Bzyb basin Abkhazian princely family Inal-Ipa.

Before the war with Georgia Alahadzyh was one of the richest villages in the region. Today, the former lands Igumnova and Inal-ipa grown citrus fruits, kiwi fruit, laurel and eucalyptus trees, plum, medlar, persimmon and many other crops.

View of the Black Sea from the settlement Alahadzyh

Precipitation (about 1400 mm / year) falls throughout the year, mainly in the form of rain.

Due to its excellent location (between Gagra and Pitsunda), the settlement has become a popular destination for lovers of rustic family vacation. There is no bustle of the city and the city is good, but there is a clean and free coast, clean air and water, unforgettable views of Mount Mamdzyshha and unimaginable variety of flora and fauna. In the summer season, close to the sea houses rented rooms and apartments. There are several restaurants and shops. You can book tours, taxis and sea fishing. In the access of area there are several mobile operators.