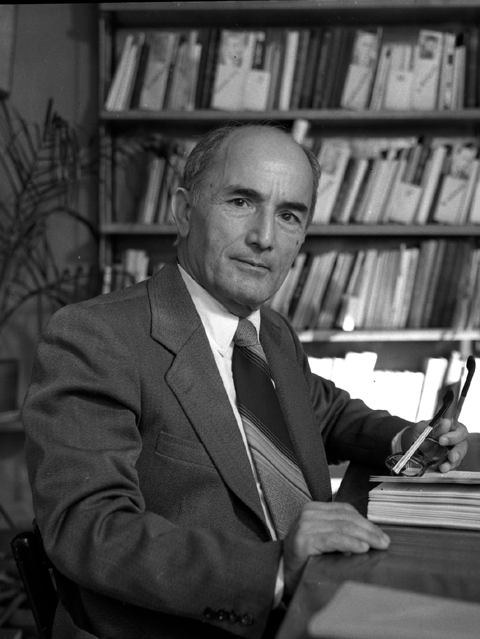 Shalva Inal-ipa was one of the most distinguished leaders of the Abkhaz science, a prominent representative of the creative and intellectual elite of Abkhazia of the XX century. Inal-Ipa is always seen in the path of service to the scientific knowledge that he was boundlessly loyal throughout his professional career. From start to finish this road has been passed to them surprisingly integral and harmonious, despite the many conflicting circumstances which accompanied him.

A great number of printed works - from the first publications of the 1940 to post-mortem monographs - show more than half a century of intensive scientific work, does not stop even during the most difficult days of despair and grief. The main directions of research of Inal-ipa have been associated with an ethnographic study of the Abkhaz culture. At the same time, his research interests were so diverse that uniquely identify their disciplinary specialization is almost impossible. So, along with ethnography, areas of application of creative forces scientist equally become history and folklore. A significant proportion of its scientific heritage consists of works in the field of literature, history of literature, literary criticism. Much attention Inal-Ipa paid to the popularization of science, educational publications, writing and drawing up training and teaching aids, reading books. He has worked in the field of translation.

Family orphaned early - in 1922, his father died. Three children remain in the care of his mother, who struggles to give his sons a good education. In 1936 Shalva finished with honors from Sukhum exemplary school. In 1935 the NKVD arrested older brother of him. The mother's heart could not stand. In the days when Shalva passes last final exams in school, he was told about her death.

In the summer of 1936 Inal-Ipa visited Moscow and entered the Faculty of Philosophy of the famous MIFLI (Moscow Institute of Philosophy, Literature and History) Institute. With his knowledge, he drew the attention of the Rector of the Institute AS Karpova, who later played a significant role in his life.

When he returned back in Abkhazia, Inal-ipa became a teacher in the villages, but expected another blow - arrested and the middle brother, who was soon executed. He was all alone, even his parents' home was sold without his permission. In 1938 he again went to the capital and entered the historical faculty of the Moscow State Pedagogical Institute of Karl Liebknecht. This covert aid was provided by the Rector MIFLI AS Karpov.

In 1946 he stated working as a private researcher, in 1958 he was appointed as a head of the Department of History, Archaeology and Ethnography, and since 1962 - after the restructuring of the Institute - the head of the Department of Ethnography. In 1968 Inal-Ipa became a Deputy Director of the Institute for Research; since 1988 – as a Chief Scientific Officer. In 1940-Inal-Ipa also worked in the Abkhazian State Museum. He had a great teaching experience: from 1961 he taught a course for students of general ethnography of the Sukhum Pedagogical Institute.

Scientific Merit of Inal-Ipa was awarded the title "Honored Worker of Science of the Abkhaz ASSR" (1962) and "Honored Scientist of the Georgian SSR" (1982). In 1986 he was awarded the State Prize of Abkhazia.

Problems that always interested Inal-Ipa have been associated with ethnopsychological aspects of mass consciousness.

The large volume of scientific heritage of Inal-Ipa is occupied by works on the Abkhazian literary history. It was a period of true formation, development and prosperity.  Inal-Ipa made a significant contribution to the historical understanding of this process. In his articles, essays he explored the socio-cultural, ideological and spiritual conditions and factors, contributed to the formation and development of the Abkhaz literature, studied the process of its genre differentiation, especially chronological stages of development. Naturally, he paid special attention to individuals, creators of the Abkhazian literature. In his articles, often small in volume, but represent excellent examples of research Biography Studies, through the prism of the story about the life and works created by skillfully showed the role and importance of the author in the history of the Abkhazian literature and - increasingly - in the spiritual development of the Abkhaz people. These are his works of Dmitri Gulia, Iua Kogoniya, Bagrat Shinkuba, Leuarse Kvitsiniya, Michael Lakerbaya, Ivan Tarba, Alexei Dzhonua and others. But the allotted time has come to an end. In September 22, 1995 Shalva  Inal-Ipa died.

Shalva Inal-Ipa left to posterity an invaluable artistic legacy that will forever remain a solid foundation of historical and ethnographic sphere of Abkhazia.