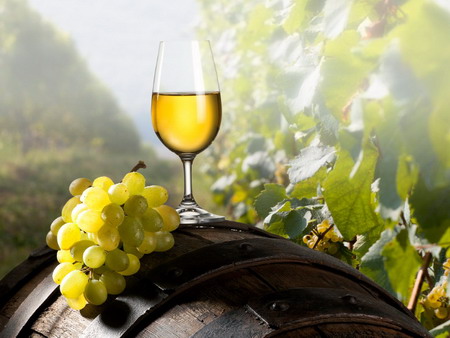 Exclusive role of wine in religious life of Abkhazia

The territory of Abkhazia is included within a wide area which is an ancient region of grape cultivation. It is believed that wild grapes have been growing here since the tertiary period, and new types were bred over centuries from early species by selection, which certainly does not exclude the likelihood that some types were delivered to Abkhazia from the outside. Findings of viticulture experts refer to II millennium BC.

It is necessary to mention the exclusive role of wine in the home and religious life of Abkhazians. The laws of hospitality demanded that each passing traveller be greeted with wine, rather than plain water. Special value was given to wine as a force consecrating objects for sacrifice, as well as a means for the propitiation of deities or patrimonial patrons. By almost each peasant, at least one special inviolable clay jug of wine was buried, intended for the performance of an annual rite in honour of the Gods of such sanctuaries, as, for example, Ilory, Inal-cuba, Dydrypsh, Aatsi, Ldzaa, etc.

Among archeological findings are fragments of wine jugs (sometimes with remains of wine or grape pips). For example, pips of the species kachich were plentifully found in a III-II centuries BC layer during excavation of the Sukhum fortress, which as a whole dated from the first half of the I millennium BC up to the late Middle Ages. Regarding the cultivation of grapes here from extreme antiquity, an interesting fact from the book by L.H.Hashba, ‘Cultivation of the walnut in Abkhazia’, tells us: ‘In 1927 whilst digging a well in the manor of the peasant called Gzhindzhua in the village of Lykhny (1.5 km from the city of Gudauta) at a depth of 7-15 metres the trunk of a large nut tree coiled by a grapevine was found vertically in the ground’. The deep bedding of this tree testifies to the ancient, thousand-year-old cultivation of walnuts and grapes in Abkhazia.