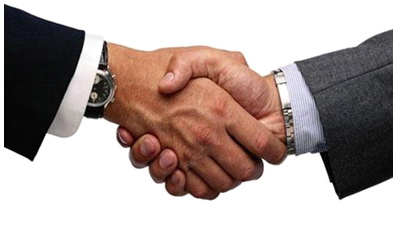 Forms of greetings and compliments in Abkhazia

An obligatory requirement of the aforementioned apsuara or Abkhazian conscientiousness (Apsua alamis) is the benevolent treatment of a person, expressed, in particular, in verbal compliments, as well as in some non-verbal symbolic signs. Greetings are one of the most basic and common forms of etiquette. Various types of greetings are met amongst all people all over the world. For Abkhazians there are a lot of them: for almost each more or less important aspect of home, public or business life there is a special greeting.

When meeting someone, addressing that person with a suitable greeting is an elementary duty for everyone, irrespective of the degree of acquaintance, their sex or age, or the place or time of meeting. The most widespread traditional forms are: ‘Good morning!’- “Shzhybzia!”, ‘Good afternoon!’ - Mshybzia!, ‘Good evening!’ – “Hulybzia!” The answer is with the words: ‘Let you see the kindness!’- “Bzia ubeit!”, ‘Welcome!’- “Bziala uaabeit!”

An approached person greets first, and also a man greets a woman, a senior a junior, a horseman a pedestrian (though, generally speaking, the first welcome is from the one who has better manners). Anyone who is sitting on a horse should half-rise on the stirrups, for nobody can be welcomed in a sitting position. Men, welcoming each other, raise their right hand in front of themselves to chest level, having slightly clenched the fingers into a fist (it is probable that a vestige of a mans military greeting by means of lifting a heavy spear remains in this important gesture). A handshake is not obligatory, but it is accepted to enquire about the health and affairs of each other and of relatives.

To the standard question ‘How are you?’ –‘Ushphako?’ with which acquaintances and relatives address each other at every new meeting (usually firstly from senior to junior), the stereotypical answer generated by tradition is ‘All right’, ‘Not bad’ etc. In Abkhazian this cliche of etiquette is ‘Har simam’ which in a literal translation means ‘I have no faults, I am not guilty, innocent, right, not privy to criminal acts, fair’, etc.

Innocence and piety are the highest criteria of decency and humanity. The wise formula created by our ancient ancestors - I have no faults - served as an acknowledgement of the moral and legal cleanliness and full value of a person in society, although after such a long time it has become only habitual, almost a mere formality.

But even so this habitual greeting is not suitable in all cases. When a person is in grief or has bad troubles, the usual ‘How are you?’ is considered an inappropriate and tactless banality, and people only sympathetically and silently shake hands with him. Besides this, women can also slightly stroke his forearm or chest.

Needless to say, not to welcome someone in an appropriate way or not to answer a greeting are considered as the height of bad manners and even as an insult. There have been frequent cases when the deliberate and arrogant infringement of the standard rules concerning greetings has led to serious conflict situations.

Motives behind a polite interaction of people to each other have found a certain reflection in an ancient national epic about Narts. The Nart Sasriqua was so proud of his many glorious feats that he began to doubt whether there was any person in the world better and stronger than him. According to one of the variants of the legend, the wise mother of this hero did not like such bragging from her favourite son - the youngest of ninety-nine mighty brothers - and she told Sasriqua: ‘To show you’re bragging in vain, go along this road and you will see someone who is stronger than you!’

Without a word, the Nart jumped on a horse and went on his way. He travelled along that road for exactly fifteen days, and on the sixteenth saw a ploughman tilling a field. The ploughman was one-armed, but extremely big and mighty.

‘Good afternoon!’ said Sasriqua, respectfully having half-risen on the stirrups.

But the farmer, who maybe did not catch the words, or maybe simply did not want to answer the greeting of a young stranger, silently continued to plough, turning out lumps the size of a proper house.

‘Gratifying work for you and your family!’ Sasriqua shouted again. The ploughman once more said nothing in reply. Then Sasriqua whacked his horse with a lash and rushed off towards the uncivil farmer. However the young man could not overcome the giant ploughman, who covered him with a huge lump of earth and continued his work.

At midday the ploughman’s wife came and brought a meal in an iron bowl. This bowl was as big as a barn in which corn is stored. Having gorged himself, the ploughman told his wife:

‘Yes, I’d almost forgotten. Here’s an entertainment for our children I’ve put by. He is some pathetic Abkhazian, take him with you!’

With these words he lifted the lump by which the unlucky hero was covered, and handed Sasriqua together with the horse to his wife. She placed the Nart in a bowl and without any effort carried him home through the woods.

The basic moral of this legend is clear: do not glorify yourself, keep your distance, do not allow arrogance to take hold of you. At the same time the legends testify about some Nart Age etiquette rules, showing the extraordinary antiquity of the origin of these and other delicate forms of human relations, which are also intrinsic to us and which without any essential changes are still used today by our contemporaries.