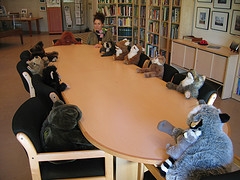 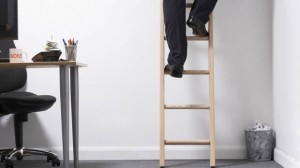 From Problem Solver to President: What It Takes for a Consultant to Become a Leader

Here in the United States, the presidential election cycle gives us the opportunity to publicly discuss the characteristics of good leaders. Running a country calls for a sophisticated array of leadership skills — from shaping strategy to building a team to managing day-to-day operations. Choosing a candidate therefore requires thoughtfulness about what experiences provide the best training for a good leader.

Earlier this year, a New York Times article by David Leonhardt explored the issue of whether Mitt Romney’s consulting background enhances his qualifications as a potential president, particularly since Romney himself cites his track record with the BostonConsulting Group and Bain Capital to show that he knows how to “solve problems.” But whether we’re talking about Romney or not, it’s important to question whether consulting is good preparation for leadership. After all, as Leonhardt points out, many top business school graduates start their careers with large consulting firms. So as many of these talented people migrate into managerial roles, it’s worth asking: Are they ready to lead?

Of course there is no absolute answer to this question, and examples can be cited to support either side. For example, McKinsey alumni Lou Gerstner andJeff Skillings both went on to lead large corporations. Gerstner turned aroundIBM and developed a reputation as one of the most effective executives ever — while Skillings played a major role in destroying Enron and ended up in jail.

Deep analytical skills: Effective consultants can usually crunch large amounts of data to identify patterns and opportunities. Logical conclusions drawn from this data then underpin their recommendations. Good leaders also need analytical skills to help them sort through divergent views and, whenever possible, to make data-based decisions. However, leaders also need to appreciate the limitations of data and have the courage to follow their instincts when the data is either inconclusive or just doesn’t feel right. Steve Jobs, for example, often relied less on market research than on his gut feel for what customers would want. And while he was sometimes wrong, more often his instincts were on target.

Objectivity and detachment: In difficult situations, consultants need to stay objective and go where the data leads them. To do this, they have to avoid emotional attachment and deliver bad news without feeling guilty about the consequences for individuals. Leaders also have to maintain objectivity and make tough calls that can negatively affect people — but do so with a genuine sense of compassion. Employees can accept bad news, but they generally don’t want to work for people who don’t care. That’s why Jack Welch used to talk about the need for his leaders to be “hard-headed and soft-hearted” — to make decisions in the best interest of the business but to remember that those decisions often have human costs.

Accountability: Most consultants say that their job is to get results. But most of the time this means identifying what the client needs to do to get results. In other words, most consultants take accountability for the quality of their recommendations, but not for their implementation: That’s the client’s job. Effective leaders, however, take end-to-end accountability for achieving results — from problem identification to strategy development to execution.

Looking at these three characteristics suggests that while consulting may provide useful skills for an executive position, it’s certainly not sufficient. In fact if consultants-turned-managers don’t go beyond these core “consulting characteristics”, they are likely to fail.

So if you’re looking to make a career shift from consulting to management, think about whether you can combine intuition with your analytical ability, compassion with your toughness, and implementation with your ideas. And if you’re deciding whether to elect a former consultant as a president, think about whether that person has built on his core consulting characteristics as well.
What’s your view: Can a consultant become a good executive – or president?

Ron Ashkenas is a senior partner of Schaffer Consulting, a Stamford, Connecticut consulting firm and the author of the book Simply Effective:  How to Cut Through Complexity in Your Organization and Get Things Done.

Editor’s Note:  A version of this blog was cross-posted on HBR.org.