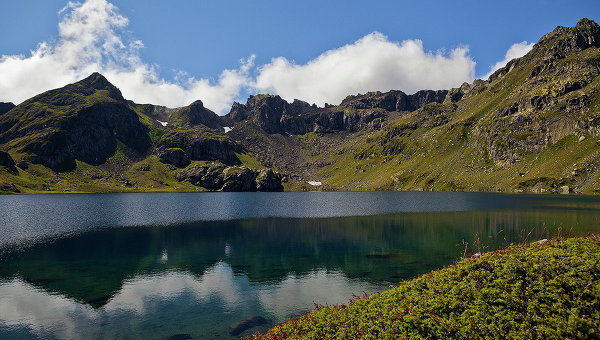 Fund "Mountain of Abkhazia" is celebrating its fifth anniversary

"The theme of winter adventure tourism in the mountains of Abkhazia is one of the most difficult if on summer tourism, much has been written, the routes anyway known, then for the development of winter tourism we are now taking the first steps. This is a very interesting and holds great promise for Abkhazia ", - said Tengiz Tarba, answering the question of Trend. TASS. At the same time, he noted that everything is done "taking into account respect for the ecology."

"Two years ago we organized the first winter expedition, whose task it was to navigate the terrain, collect unique photo and video this year. We have carried out the first winter in the mountains for 26 years, we have laid a few routes which accompanied by professional guides, extreme tourists will be able to ride in the mountains. Speaking about the results of five years of the fund "Mountain of Abkhazia" ​​he stressed that "there was a group of people who can climb mountains in Abkhazia at any time of the year and will feel comfortable there, knowing all the details, which is very important. Now we are mainly studying Auadhara (above lake Ritsa in the Gudauta area is very popular for summer vacation)"- Tarba said.

"We are going to hold exhibitions in Turkey, Italy, France, We write journalists from America, who want to come to Abkhazia, to see and talk to their country of mountainous Abkhazia." - said Tarba. According to him, the nearest photo exhibition will be held in Moscow in December, in the exhibition hall at the Taganka.

Today, in honor of the fifth anniversary of the Fund "Mountain of Abkhazia" in Sukhum opens photo exhibition "Country of the secret nature of the spirit." In addition to the photographs taken by members of the expedition over five years, visitors to the exhibition will demonstrate the special equipment. It also will include a presentation of the film and tunes created especially for the project "Mountain of Abkhazia" by Abkhaz composer Henri Gunba.