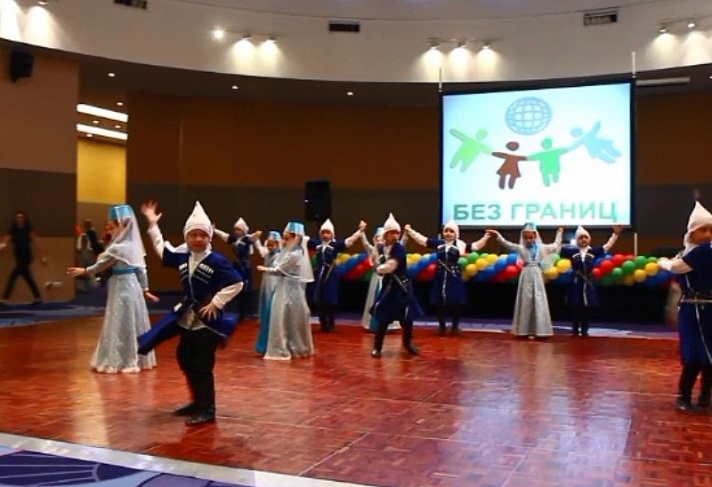 Gagra choreographic ensemble "Gagripsh" took part in the project "Road of Memory" as well as in the annual international festival "Constellation of Friendship" in Nalchik.

In the capital of Kabardino-Balkaria Nalchik, in the framework of the project "Road of Memory" gave solo concert children's dance ensemble "Gagripsh" of Gagra art schools. This was reported on the website of the Administration of the Gagra district.

With concert Kabardino-Balkaria visited pupils younger and older groups of the ensemble "Gagripsh". In addition, they participated in the annual international festival "Constellation of Friendship."

During their visit to Kabardino-Balkaria the participants and the group leaders laid flowers at the monument to fallen volunteers to Abkhazia in Nalchik area, as well as met with the parents of fallen soldiers.

At the annual international festival "Constellation of Friendship" ensemble pupils' Gagripsh "took 1st place in the category" stylized folk dance "- the senior group, and in the "national dress "- the junior ensemble. For high achievements gold medal was awarded to the professional activities of artistic director Tengiz Kakubava from the organizers of the festival.

"The project includes not only concerts in the fraternal republics of the North Caucasus, but also meetings with the families of the victims of volunteers during World War II the people of Abkhazia", ​​- said Raisa Aristava, director of the project "Road of Memory".