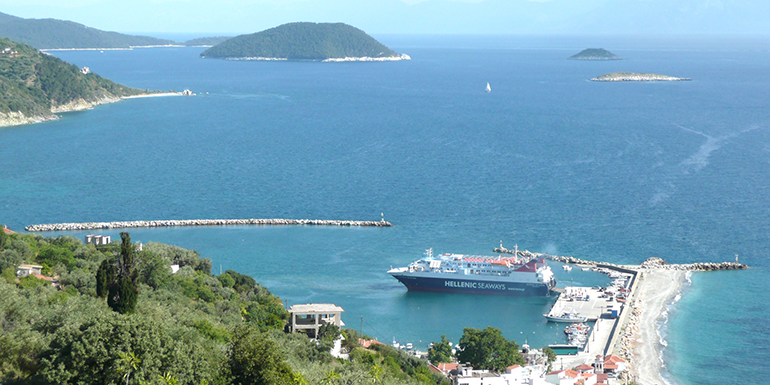 At 14 km from the town of Gagra is Gechripsh, urban-type settlement. Located on the Black Sea, it is the westernmost settlement in Abkhazia. The name "Gechripsh" comes from the region ruled by prince Gech; and because the estate was called Gech or Gechripsh. In ancient times on the site of the present village was a settlement of the Abkhazians - from the ethnic group or Sadz Djigets. Subsequently, the Abkhazians had left these places - it was impossible to live in the swampy coastal areas. Only in the second half of the XIX century here there was a settlement of Estonian settlers who uprooted forests, orchards and laid to drain the swamp. The settlers had to work very hard, as around them were only impassable swamps and deep forests. Although the village for a long time remained almost the poorest in the whole region, in the XX century, agricultural entrepreneurs gathered to exploit the orchards and rich enough lands.

During the Great Patriotic War in 1944, the village was renamed into Leselidze. Now decoration of the village is the central area around which at one time were planted 68 cypresses in the number of residents who have not returned from the battlefield. The village began to develop as a resort, it was landscaped, there was a children's sanatorium, built a rest house and sports facilities. And in 1992, the village was returned to its former historical name - Gechripsh.

There is a mild microclimate in Gechripsh. The hottest month –is August. In the summer there are abundant but intermittent rain. But for lovers of clean sea Gechripsh fits most. It is always clean water, the air is filled with wonderful aromas, and no one can remain indifferent to the unique nature.

Beach Gechripsh pebble is very long and wide. Holidaymakers here a lot, but there is no bustle.

In Gechripsh are pensions and private hotels. Pension "Gech" is located 2 km from the border. There is a restaurant serving local and European cuisine, small cafes. In the evening you can go to the disco. You can also relax with a massage, play table tennis. There are volleyball, basketball and football grounds.