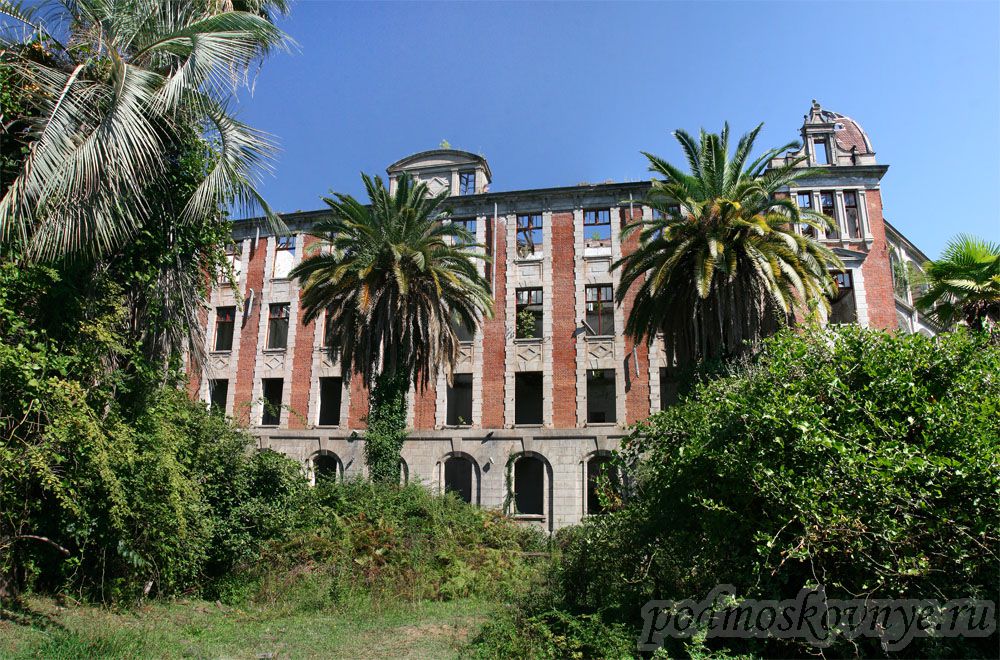 Gulripsh is an urban settlement in Abkhazia. It is located 12 km from the republic's capital, Sukhum and is the centre of Gulripsh district. Nikolay Smetskoy built three sanatoriums in Gulripsh between 1902 and 1913 for patients with pulmonary diseases and founded several parks with subtropical plants. After the Russian Revolution the sanatoria were nationalized.

Gulripsh has a humid subtropical climate.

Until the August 2008 Battle of the Kodor Valley, the north-eastern part of Gulripsh district was part of Upper Abkhazia, the corner of Abkhazia controlled by Georgia until the Battle of the Kodor Valley during the August 2008 South Ossetia War. Upper Abkhazia was home to 1,956 of the district's 19,918 inhabitants, most of whom were ethnic Svans (a subgroub of the Georgian people). Most of these fled before the battle and have not yet returned.

Of note is the Dranda Cathedral sitting over a shrine built by Justinian in 551.

The medieval principality of Dal-Tsabal was centered in the district. Abkhazia's main airport, Sukhum Dranda Airport, is also located in Gulripsh district.

Adgur Kharazia was reappointed as Administration Head on 10 May 2001 following the March 2001 local elections.

On 18 December 2002, President Ardzinba released Kharazia as Administration Head and appointed him as Minister for Agriculture and Food.

On 16 June 2003, President Ardzinba appointed Tamaz Gogia as Administration Head. In the beginning of 2004, district officials stayed away from work in protest of what they perceived as rudeness from Gogia. In response, Gogia applied for resignation which President Ardzinba granted on 9 February, appointing First Deputy Head Aslan Baratelia as acting Head.