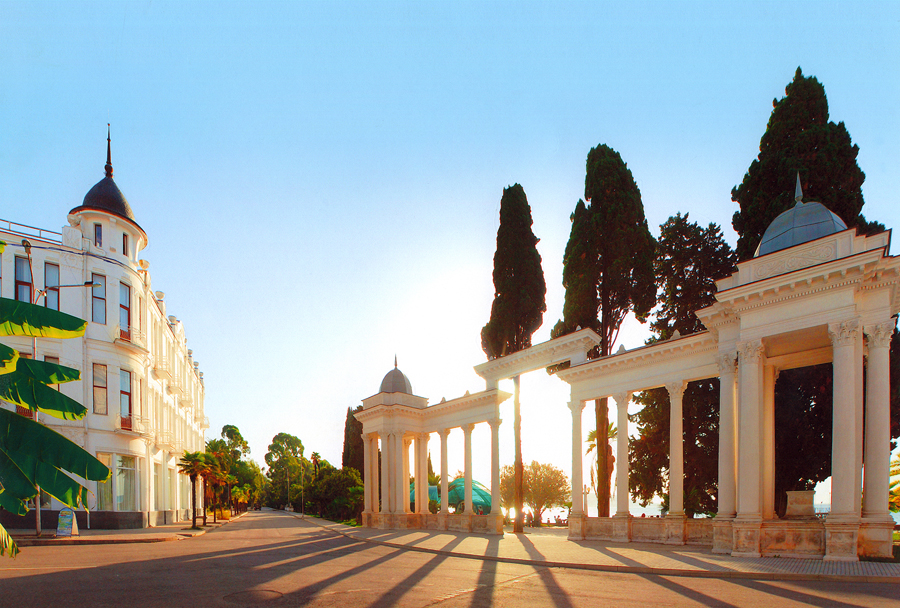 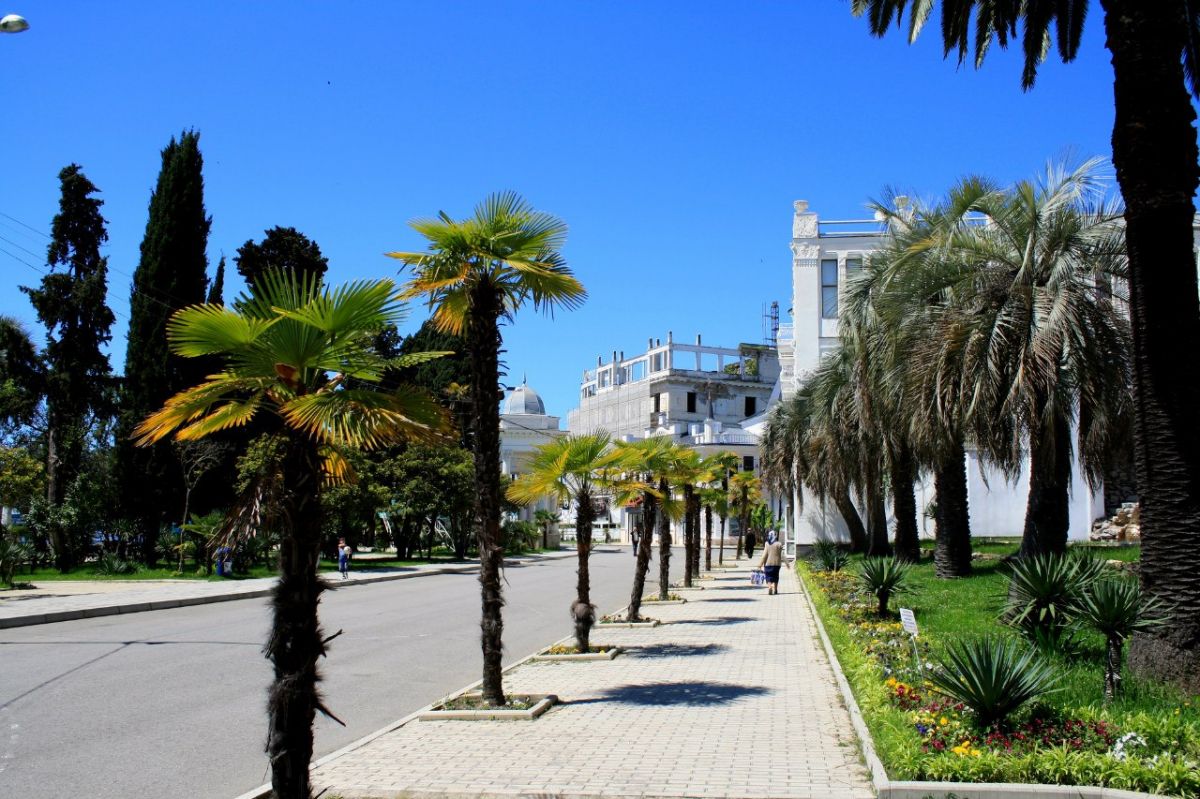 History of waterfront of Sukhum

The first mention of the embankment belongs to 1810. From the eastern gate of the fortress of Sukhum the street reached the confluence of the bustle of the river into the sea. On the beach there were first built - wicker huts, covered with clay and whitewashed. In 1830-1839 in Sukhum was founded Black Sea coastline (the Russian military fortifications), and it became the part of the embankment road, which connected two forts in the villages of Bombora and Dranda. It was a market, also first shops and homes.

After the complete destruction during the Russian-Turkish war the city began to revive with the waterfront, it was the first street of the new Sukhum. The most enterprising and educated people of the city dwellers are built hotels and houses.

Each house on the waterfront has its own history and its own color. For example, a nice brick house with a round tower in front of the cafe "Penguin" was built by brothers Ksandopulo. It adjoins the city club with a library, which were going to City Council members.

In the opposite of the entrance to the Seaport pier with a restaurant "Apra" at the end - is another great brick house. It was built by the merchant Vol'fenzon and opened a first-class hotel "Russia" at that time. Restaurant "Nartaa" adjoins a beautiful mansion, which is now a hotel and restaurant "White Sail". This house was built in 1901 by merchant Tsiripov by the project of architect Anisimov.

The hotel "Abkhazia" was built in 1935. For decades it has been the hallmark of our city. In 1985 the building burned. Now it is dilapidated awaiting of restoration. To the hotel "Abkhazia" adjoins another beautiful building - hotel "Oriental", it was built in 1908 and belonged to the Georgian merchants. In 1932 it was renamed "Tkvarcheli". Before the war of 1992-1993 authorities began to restore the hotel, but it was not possible to complete the work.

Hotel "Ritza" was built in 1914 and was called "San Remo", her masters were the heirs of wealthy lumberman Greek Spinaki. The building burned down during the war, but has been restored and is now in it as before a first-class hotel overlooking the bay.

In 1951 building on the waterfront have been thoroughly rebuilt, and in their place appeared Abkhazian State Drama Theatre named Samson Chanba.

On the square in front of the theater - a visiting card of the city - a fountain with mythical griffins. They appeared on the waterfront in the 50s, and in 2008 was thoroughly restored and now encouraging people strolling along the promenade of water jets, and in the evening - with colored lights.

Today Sukhum embankment at any time of the year life abounds. It is a popular place for walking adults and young citizens, guests and vacationers. It is impossible to visit Sukhum and once did not stroll along the waterfront, do not taste the coffee in outdoor cafes, not to admire the sea and breathe the fragrance of flowering trees. Welcome to Sukhum!