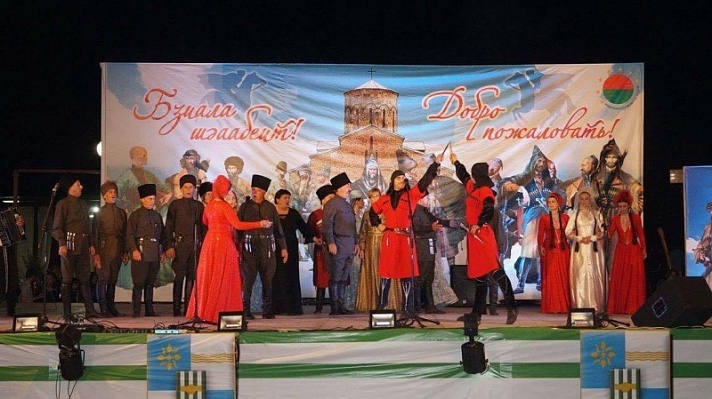 In Gagra was held a national dress festival

As the deputy head of the Administration of Gagra district Gennady Tsvizhba said, with the idea of ​​the national dress of the Festival in the district administration approached by residents. "We have supported this project. It will show that our national clothes are not only scenic, they can be used for every day. The event is designed to demonstrate that the national dress looks noble, elegant, graceful, modest. This season of year had been chosen because many guests of the republic are interesting to learn about our national dress, "- said Tsvizhba. He also noted that the festival takes place the first time and expressed the hope that the event will become a tradition.

There was a presentation of national costume presented by the Abkhaz State Museum. As stressed by the employee of a museum anthropologist Inga Shamba: "The national costume is a face of Abkhazians. I'm glad that now we began to modernize the traditional clothing and in a modified form use in daily life. "At the festival, many residents of Gagra come dressed in national costumes.

At the conclusion of the festival on the square in front of hotel "Abkhazia", ​​for residents and guests of Gagra was organized  a concert with the participation of the national dance and musical groups of the country.