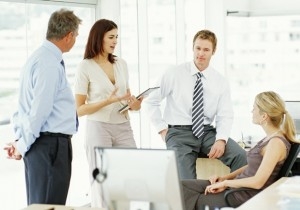 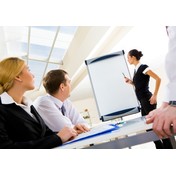 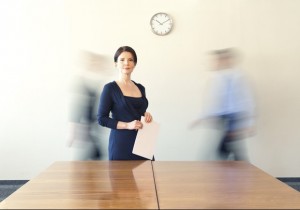 Inside the Mind of a Great Manager

Since each of us has had good and bad managers, it’s tempting to wonder if there’s a brain-based distinction between them.  At times I’ve worked with managers so appallingly unfit for their role that its seemed like there just had to be something missing upstairs — some crucial component of what makes a manager effective that these people just didn’t have.

On rarer occasions, I’ve met managers who seemed genetically predestined for their jobs.  I asked one of those people once why he appeared so naturally in sync with managing people and projects, and he said, “I’ve never really thought about it, but I just like working with good people and helping to make things happen.”  His air of nonchalance didn’t surprise me, nor did the fact that he’d never given it much thought — I knew he was genuine in both regards.

In this, my concluding article to a series I began weeks ago, I’m going to describe what my research and observations reveal about what’s going on in the minds of great managers.

1.  Great managers don’t “do” management — they embody it.

This speaks to why I knew the manager I mentioned above was genuine when he said he hadn’t considered the question very much, and that the question itself didn’t really seem important to him.  The question I was asking him addressed the “function” of management, but for him management “function” wasn’t the point of his job.  He never saw it that way.  Instead, he embodied the functions of good management so thoroughly that separating himself from them and analyzing why he did this or that well never occurred to him as a good use of time.

2. Great managers limit their accessibility for only two reasons.

Great managers realize that a vital part of their job is to be accessible to their staff, and they always strive to uphold this role — with only two exceptions.  The first is if they must meet a deadline that is crucial, and taking any time away from doing so will result in disaster.  Note: this doesn’t describe every deadline. If a manager effectively manages his or her time, most deadlines still allow for windows of accessibility. But every so often one comes up that does not, and for the period of time necessary to meet it, an effective manager knows they have to “lock down” their schedule for a while.

This one may sound like the typical “great managers don’t throw their employees under the bus,” but there’s more to it than just that.  Every sub-par manager I have met or worked with/for, has on at least one occasion caused a staff member embarrassment, shame or outright humiliation in front of others.  The reason is always the same — insecure managers derive a sense of control from showing people that no one is beyond being stomped on.  Sometimes this behavior comes completely out of nowhere (or so it seemed to the employee), because the manager felt they had to “send a message” on that particular day.  Bad managers have a muted sense of how much damage they’re doing each time they mistreat a staff member. They may even think that their willingness to be harsh in public is a sign of strength, when in fact it’s the ultimate sign of weakness.

When a team accomplishes something truly great, the manager of that team makes sure that the team has an opportunity to jointly celebrate.  Maybe it’s a team lunch, maybe it’s happy hour — whatever fits the team — but great managers don’t let opportunities like that go by without giving the team a chance to grow closer through their achievement.  Of course, not every team achievement reaches the level of “greatness,” but great managers are also always on the lookout for daily successes — and those are met with congratulations. Maybe it’s a congratulatory email with a cc: to another supervisor, or perhaps just a face-to-face show of appreciation.  The point is, great managers know that big achievements and daily successes are opportunities, and they don’t let them pass by unnoticed.

5. Great managers always refer back to their experience before making a decision.

Great managers became managers because they performed well enough to merit the attention of their supervisors and eventually were given responsibility for other employees.  As such, they know how messy a process getting promoted can be, and that they didn’t make it to their positions without suffering their fair share of mistakes.  Poor managers (even if they were once good employees) make decisions using formulaic, one-size-fits-all approaches.  They think that their role dictates that they supervise generically.  Great managers never make that mistake, but instead rely on their rich repository of personal experience–including mistakes and failures–whenever they make a decision that affects others.

The late great Peter Drucker said, paraphrasing, the effective executive always asks him/herself, “What can I contribute?”  That’s essential to what makes the mind of a great manager different than that of just about anyone else in an organization.  Every day, they are looking for ways to contribute more of what they have to offer to make their teams better, make their projects better, and make the organization better.  And striving to contribute need not be a conscious, intentional process every day; rather, it becomes a normal part of how a great manager thinks.  Again, it’s not about “being” the role — it’s about embodying it.

You can always tell who the insecure managers are, because they’re the ones most unwilling to identify successors to their positions.  But great managers think about this very differently.  They don’t lack ambition, but they pursue their ambitions with a “back fill” mentality.  Someone on their team has what it takes to do the manager’s job, and great managers cultivate that talent because they want that person to move into their role when a new opportunity presents itself.  A poor manager, on the other hand, is an ambitious opportunist who really doesn’t care about nurturing a replacement — that’s “someone else’s problem.”

8. Great managers are already leaders, no matter their title.

Countless business books discuss the differences between management and leadership, but my observation has been that a great manager is already a leader — and doesn’t especially care what books say about the alleged differences.  Perhaps average managers (to say nothing of the bad ones) fall short of leadership material, but the great ones already embody the characteristics that make people highly respected leaders.  And if others in an organization are paying attention, the great manager will eventually achieve a true leadership role, and many will benefit from a wise decision to capitalize on greatness.