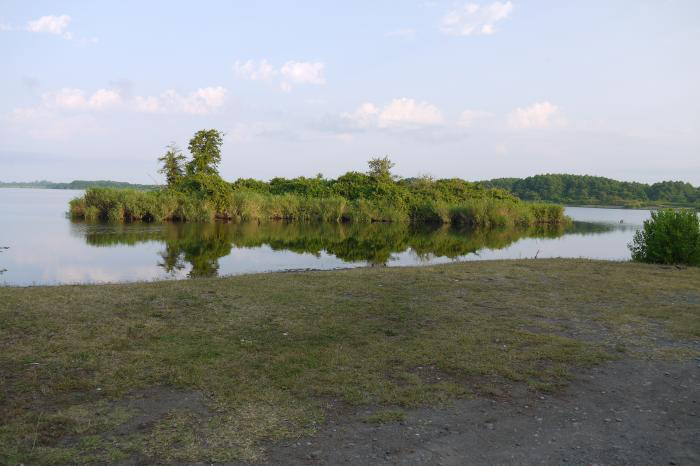 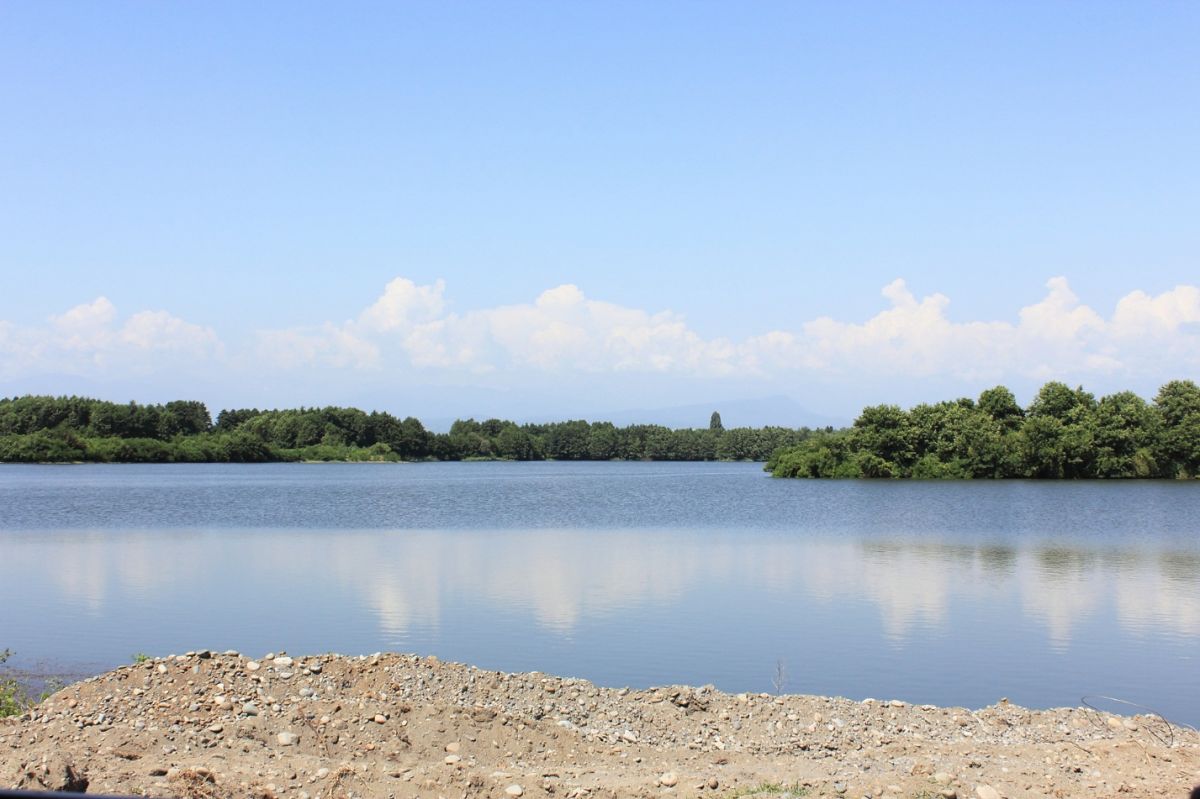 Skurcha is artificial lake formed on the site of an old quarry. As researchers found, it is kind of a reduced model of the Black Sea, and the depth of it is also infected with hydrogen sulfide. This is not surprising, because there is no refreshing water currents.

The area of ​​the lake is not less than 140 hectares and its depth reaches 26 meters there are in the lake, and the deeper wells. But life here is concentrated only to a depth of 2 m below the surface in the summer and 5 m - in the winter. All living things in the lake dies or hides the channel ducts, flowing into the lake from the north.

Because hydrogen sulfide Skurcha as the pond does not represent the value of the fishery. However, as soon as everything has changed. The fact is that in late 2011 by the order of the environmental department was dug channel (its length of 380 meters), linking the lake with the old eastern channel of the Kodori river and the channel itself (length 5 km) is directed clean river water. Channel parameters are calculated in such a way that in the lake comes from the river at least eight cubic meters of water per second. The water in the lake has become more transparent, and fisheries and forecasts can be done in the spring.

It turns out, fresh and salt water in the lake located on the principle of layered cake: fresh top and bottom of the salt.

Of course, this part of Adzyubzha located at the highway, near beautiful shore of the sea. Ecological tourism prospects are excellent. Unless, of course, will not damage the ecology of the sea under construction directly on the fish processing plant. Every local resident knows the history of the lake, and the history of the village.

In the mid 60-ies of the last century at the mouth of the mighty Kodori, tirelessly carrying the sea sand and stones, growled, drowning gulls, unseen before in these parts machinery. According to geologists, it is here that considerable reserves of high-grade inert material, are in demand by builders.

The pit formed on an area of ​​approximately 140 hectares, reclamation plan has been kept slender channel system. And so it appeared on the map of Abkhazia artificial lake Skurcha. On the wetlands began before grown vegetables, melons, corn, glorified Adzyubzha the whole country. Inert material extraction continues to this day. After World War II the people of Abkhazia on this place is state-owned land "Nerudkompleks" (Director Daur Kviraya). However, today in the area calm. The main work is carried out upstream.