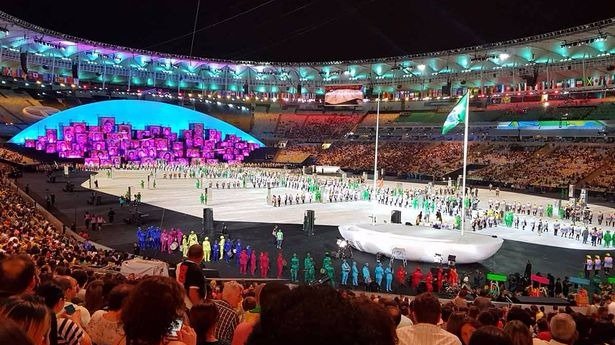 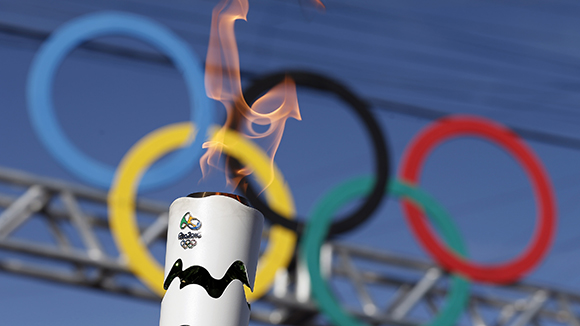 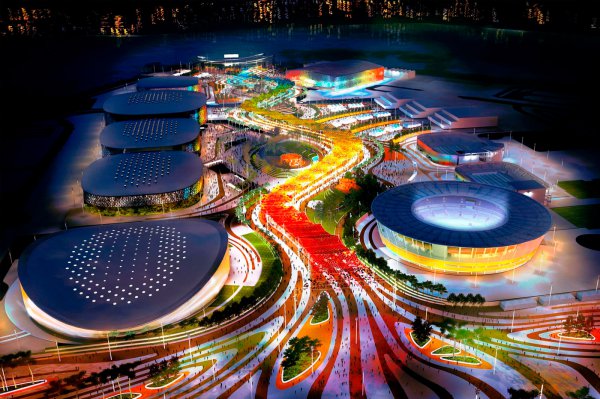 The opening ceremony of Olympic Games was held in 5th of August, Brazil.

Note that the budget of the ceremony is 21 million dollars. For comparison, London four years ago spent twice. One of the creative directors of the ceremony - the film director Fernando Meyreyllesh, nominee for "Oscar" for the film "City of God." It was sent to the authorities of Brazil for security and maintenance personnel about $ 2 million.

And then came the most solemn moment of the ceremony - the relay and the lighting of the Olympic flame. Fire streaked for thousands of years and kilometers from Ancient Greece to the modern Rio de Janeiro, Brazil, famous athletes passed from hand to hand.

Olympic flame lit the 2016 Games marathon runner Vanderlei Cordeiro de Lima. As soon as he put the torch to the bowl, hanging on chains, a fire broke out, and the cup has risen under the arches "Maracana".

The idea of ​​the Games 2016 is conservation of nature in its purest form, careful attitude to the world and human beings.

After the parade of athletes began the official part. Chairman of the Organizing Committee for the organization of the Olympic Games 2016 in Brazil, Carlos Nuzman said sincere and impassioned speech in English and Portuguese.

Head of the IOC Thomas Bach thanked the organizers of the Games, said that everyone is equal and particularly welcomed the Olympic team of refugees. Stadium enthusiastically greeted his speech.

Thomas Bach said that the Olympic Games for the first time in the history of established Olympic Order for his contribution to the Olympic movement.

Under the Olympic flag passed refugee team, the stadium met her violently, standing and applauding. Thomas Bach, and Ban Ki-moon, and all the officials of the Olympic Games-2016 have risen, welcoming team of refugees. The last scene in the "Maracana" Brazil left the team. In the stands - thunderous applause, shouts of greeting. Salutes to "Maracanã" form the five Olympic rings.