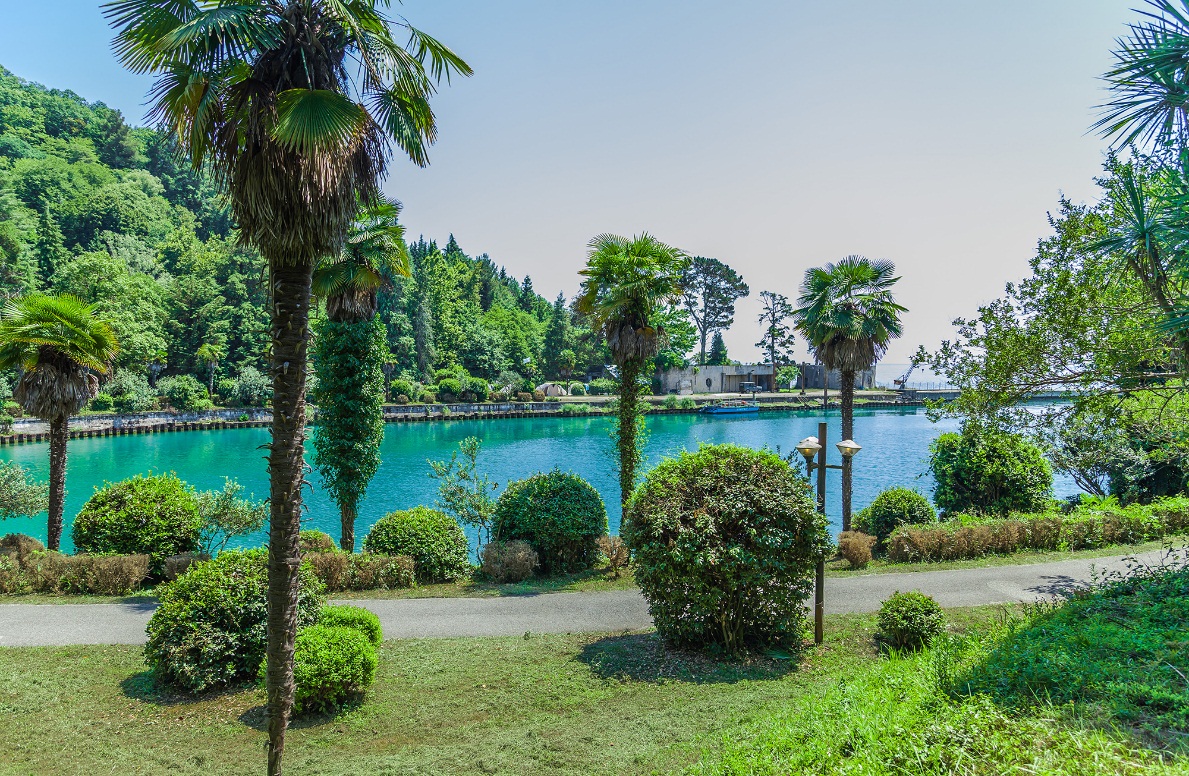 The reserve is located in the coastal part of the north-western Abkhazia. It consists of two separate portions. The first of them – Pitsunda. Pitsunda cape located on the Black Sea in Gagra district of Abkhazia. It has an arched shape with seaward facing convexity. The length of the pine forest along the coast in the reserve 7 km. The grove width at the widest (central) part of it does not exceed 900 m area of ​​the site to include the beach area 347.4 hectares. Pine Grove before 1914 belonged to the monastery, and later was part of the Gudauta forestry and in the beginning of 1926 – Pitsunda pine forest declared a nature reserve.

Mussera portion of the reserve is located on the Black Sea coast, in the territory of Gudauta district of Abkhazia. For the first time this territory was commanded in 1934 with the purpose of protection, reproduction and study of Black Sea flora and fauna. In 1951, the reserve was abolished, and in 1966 at the newly restored area of ​​2260 hectares. It is located in the mountains Mussera, composed mainly of limestone, and only in the mouths of the rivers flowing into the sea, mountainous terrain gives way to calm coastal plains. The outstanding beauty of the spectacle are the high calcareous terraces, nearly steeply breaking in the sea, with little or no coastal strip.

Plot of Pitsunda is interesting relic pine grove (its area of ​​102 hectares, protected since 1926), as well as boxwood grove (63 ha). Pitsunda pine (from the Greek "Pitius" – pine) – has come down to our time residue Pontic flora of the Tertiary period; included in the Red Book; It gave its name to the village Pitsunda. Mussera land is mountainous terrain; mountains, breaking off into the sea, form a high stone terrace. This site is divided by river valleys Miusera, Ryapshi, Ambergris. The climate is subtropical, humid with moderately hot summers and warm winters. The average annual temperature of 14 ° C, average annual rainfall of 1400 mm.

The fauna of the protected area was previously known such an amazing bird like pheasant Colchis. Local fauna has never been famous for an abundance of animal species, since it is in the grip of anthropogenic pressure. The most frequent visitors to the protected area are roe deer, they could be found in Pitsunda – Mussera reserve during the period of migration. Among the permanent inhabitants of the reserve including various snakes, two of the bottom in the Red Book of the Caucasus – a viper and aesculapian snake. In addition to the protected area and home to a Mediterranean-eared turtle.