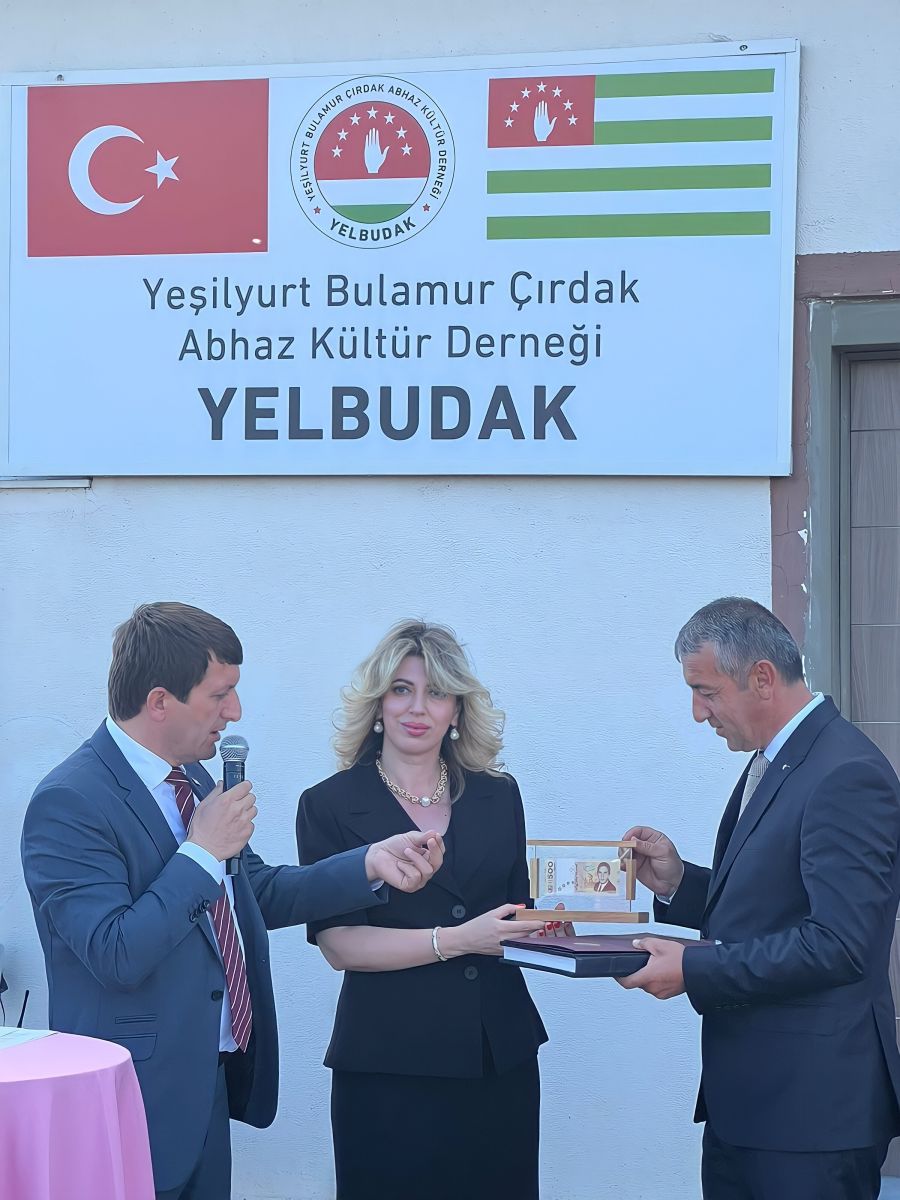 At the invitation of the Board of Directors of the Federation of Abkhaz Cultural Centers, President of the Chamber of Commerce and Industry of Abkhazia Tamila Mertskhulava, as an honored guest, took part in the opening of the Abkhaz cultural center "Elbudak".

The event was held in Chirdak village, Tokat region, Republic of Turkey.

Tamila Mertskhula stressed that the Center is a contribution to the successful and peaceful future of the Abkhaz people. It faces many tasks, first of all, the promotion of the Abkhaz language, holding various presentations and educational events.

"The center will become a place where two cultures - Abkhaz and Turkish will interact and enrich each other."
The President of the CCI expressed confidence that the doors of the center will always be open for friends and partners, for everyone who is close and interested in Abkhazia, its history, the life of our people.And, of course, for those who want to contribute to the development of friendly relations between Abkhazia and Turkey.

In conclusion, she wished the center successful and fruitful work, fulfillment of its goals and objectives.

Tamila Mertskhulava presented booklets "Abkhazia" in Turkish and memorable gifts to the leadership of the center.
The opening of the center was also attended by: Deputy of the National Assembly of the RA Parliament Inar Gitsba, Plenipotentiary Representative of Abkhazia in Turkey Ibrahim Avidzba, Head of the Yeshilyurt City Administration Mukhsin Yilmaz, Chairman of the Abkhaz Cultural Center of Istanbul Albuz Yagan and others.