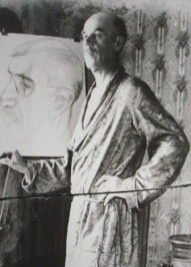 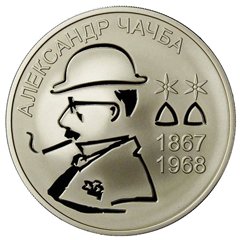 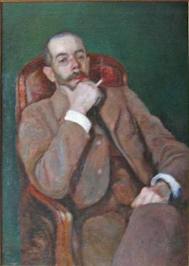 (b Feodosiya, 24 Dec 1867; d Monte Carlo, 17 Aug 1968). Abkhazian stage designer. In 1893, after studying under Vasily Polenov at the Moscow School of Painting, Sculpture and Architecture, he went to Paris, where he later joined the Montparnasse art circle established in 1904 by Yelizaveta Kruglikova.

From 1891 he worked on easel paintings, but in 1906 he was appointed head of the St Petersburg studio of stage design. His most significant designs during this period were for Vsevolod Meyerhold’s production (1908) of Richard Wagner’s Tristan und Isolde at the Mariinsky Theatre.

In 1911–12 he worked at the Starinny Theatre alongside artists from the World of Art group, such as Nicholas Roerich, Ivan Bilibin, Yevgeny Lansere and Nikolay Kalmakov (1873–1955). Chachba-Shervashidze also worked as a draughtsman, a book illustrator, a dress designer, and as a critic and theoretic, publishing articles in Apollon, Zolotoye runo, Mir iskusstvo and Iskusstvo.

He lived in Sukhum for a while from 1918 and founded an art society there that included Nikolay Yevreinov and Vasily Kamensky (1884–1961). He also established the first children’s school of art, gave lectures on the history of art and revived Abkhazian art and literature. From 1920 to 1929 he was the scene painter for Serge Diaghilev’s Ballets Russes in Paris, where he became friendly with Picasso, Derain and Braque. The staging of productions was based on his sketches, and he painted the scenery himself on large canvases. After Diaghilev’s death in 1929, Shervashidze continued working with his successors. In 1958 Shervashidze donated 500 of his works to Abkhazia.

Art has a surprising ability to revive the long forgotten stories.
Last year for the first time Shazina Gallery presents the paintings of the Abkhazian prince Alexey Chachba-Shervashidze and invited people to recall the history of his noble family, which is most adequate at the principality of Monaco. His cousin, a well-known theatrical artist Alexander Shervashidze - Chachba, used to live in Monaco till his death in 1968. He worked with Dyagelev, and was the absolutely amazing, gallant and very well educated person. Prince Alexander Shervashidze - Chachba was the descendent of Abkhaz kings and the embodiment of the oriental chivalrous nobility, which is so rare these days. Because of the revolution he was deprived of the opportunity to live in his motherland Abkhazia – the beautiful and mysterious small country located on the cost of the Black sea, at the same latitude as Monaco. He died in Monaco but was buried in France(Nice) in 1968.