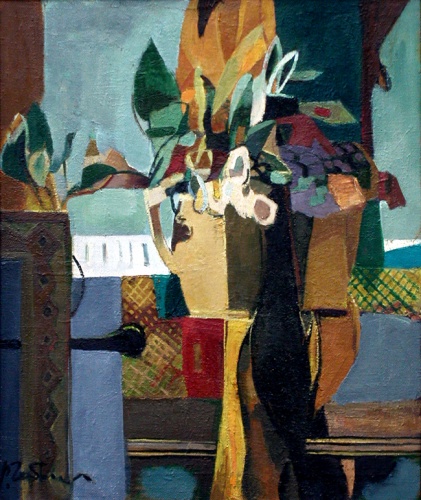 He finished art school of A.K.Chachba in Sukhum.

Ruslan Gabliya is one and the brightest representatives of the artistic world of Abkhazia. His works are characterized by high professionalism. Primary hues of his works are vivid, you can even feel the kindness and love . His landscapes are full life, they are full of colorful richness and diversity of the  world around us.

When the Georgian-Abkhaz was started in 1992 Ruslan Gabliya was 35 years oldr. By the time he had graduated from the Tbilisi Academy of Art, he became a member of the USSR Union of Artists and the  Union of Artists of Abkhazia. He voluntarily went to war in the ranks of a separate regiment of internal troops of Abkhazia, which is popularly called the "eighth regiment", or "the Abkhazian Guard".

His works are in private collections in many countries around the world.