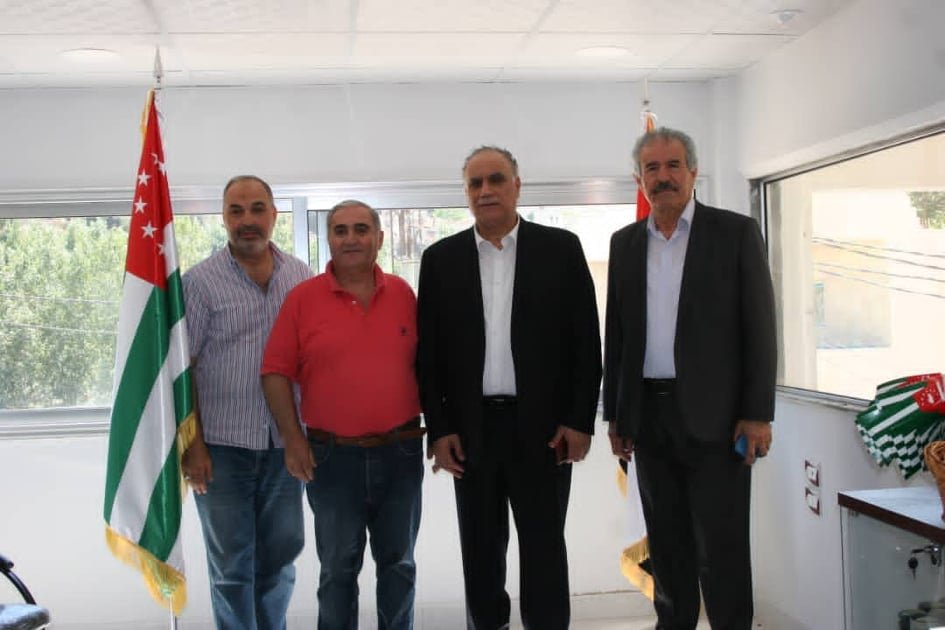 REPRESENTATION OF THE CCI OF ABKHAZIA IN DAMASK CELEBRATES ITS ANNIVERSARY

The Representation of the Chamber of Commerce and Industry of the Republic of Abkhazia celebrates its first anniversary. Its opening was held one year ago in Damascus-the capital of the Syrian Arab Republic.

It was attended by Speaker of the People's Assembly - Parliament of Abkhazia, Head of the Presidential Administratio, Deputy Prime Minister, Minister of Economy, members of the Government of Abkhazia, deputies of the Abkhaz Parliament, Minister of Economy and Foreign Trade of Syria Mr. Muhammad Samer Al- Khalil, President of the "General Union of Craftsmen", leaders and representatives of the chambers of commerce and industry, director of the Unified Damascus Craft Center, representatives of diaspora, as well as numerous guests and colleagues of the CCI in Syria.

The opening of the Representative Office was facilitated by the participation of the CCI in events that took place on the territory of Syria, as well as the conclusion of cooperation agreements with various Syrian organizations.
Today, the Representative Office simultaneously performs the function of the Trading House of Abkhazia in Syria, which has samples of products from Abkhaz manufacturers.

During the year, the Representative Office, headed by the official representative of the CCI of RA in Syria, Mr. Nizar Aljabban, was visited by the Advisor to the President of Syria on political issues and media Ms. Buseina Shaaban, the Minister of Internal Trade of the SAR, Mr. Talal Barazi and the Honorary Consul of Macedonia in Syria, Mazena Hammura , the Ambassador of the Republic of Cuba to Syria and Jordan, Mr. Miguel Porto Parga, entrepreneurs, representatives of the Syrian media and other guests.

Recall that on behalf of the leadership of the Chamber of Commerce and Industry of Abkhazia, a representative of the chamber constantly takes part in various events in Syria in order to lobby the interests of Abkhaz entrepreneurs.
Chamber of Commerce and Industry of Abkhazia intends to strengthen cooperation with its Syrian colleagues and Syrian authorities, contributing to the friendly expansion of trade and economic ties between the two republics and making efforts to implement export-import operations between our countries.