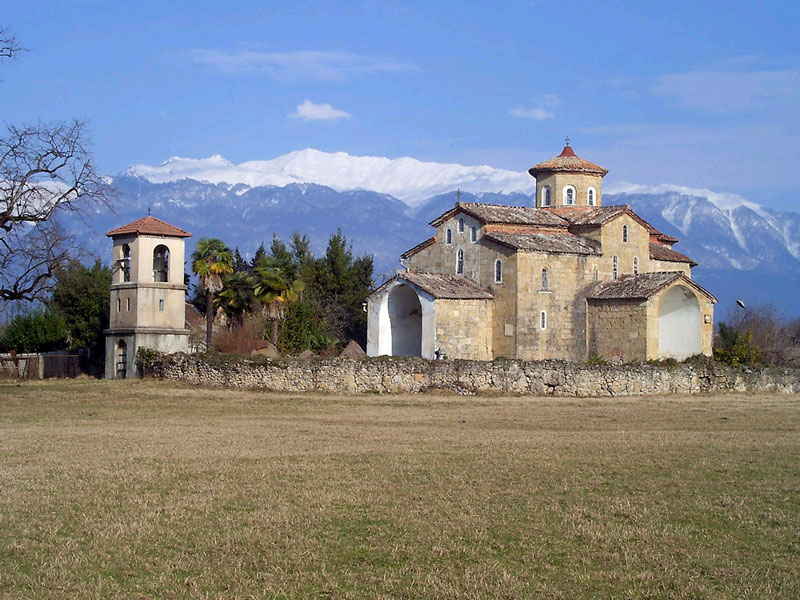 Some historical phases of village Lychny

As an attraction of Lykhny is a complex of X century (ruins), which includes the summer palace of the kings of Abkhazian and summer residence of the ruling princes Chachba destroyed as V. Strazhev notes in his study "The Ruins of Abkhazia" in 1866 on the orders of Russian authorities after the uprising in Lykhni as well as the current cross-domed church of the Assumption of X-XI centuries with a rich fresco of the XIV century. Inside the church is the tomb of Prince Safarbey Chachba-Shervashidze in which Abkhazia became part of the Russian Empire.

On the outskirts of the village - the ruins of a Christian church VI-VII centuries. Every year in October, in the village on a centrally located extensive glade Lyhnashta ("Lykhny Meadow") celebrated the harvest festival.

Lykhny badly damaged by makhadjirstvo - forced evictions of the Abkhazian population in Turkey during the second half of the XIX century.

In the Stalin period in the settlement of the Georgian Adzhimchigra resettled farmers who lived here until the beginning of the Georgian-Abkhaz war. In Bambora village, referring also to the Lykhny administration, Russian was inhabited from the end of the XIX century. Currently, the Russian population of Bambory greatly reduced.

The village is one of the seven sanctuaries of Abkhaz - mated-nykha.

In the center of the clearing Lyhnashta Lykhny at a monument to the natives of the village - the victims of the Georgian-Abkhazian war of 1992-1993 with a complete list of those killed. Also chapel erected in memory of the Cossacks-volunteers from Russia, took part in the Georgian-Abkhaz war on the side of Abkhazia.