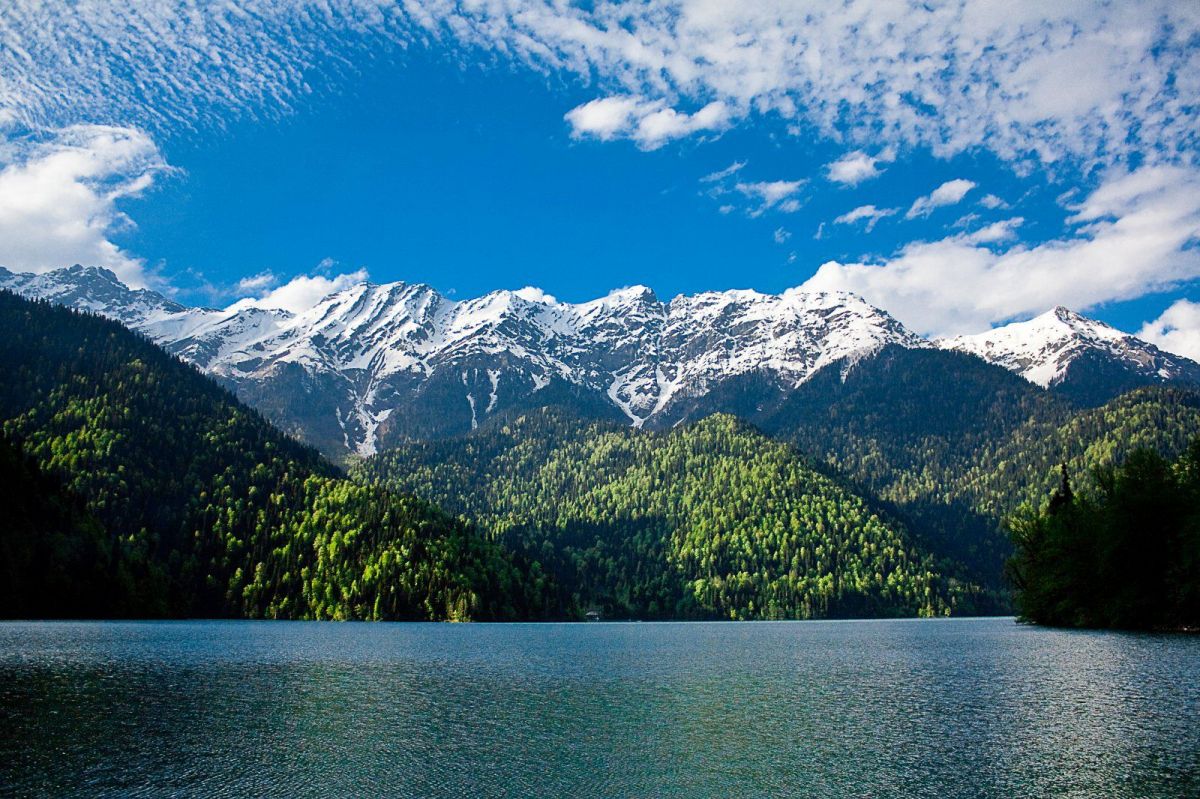 Specification of climate of Abkhazia

Because of Abkhazia's proximity to the Black Sea, its climate is very mild, considering the northern latitude. The Caucasus Mountains are greatly responsible for moderating the region's climate, as they shield Abkhazia from cold northerly winds.

The coastal areas of the Republic have a subtropical climate, where the average annual temperature in most regions is around 15 °C (59 °F). Average winter (January) temperatures vary between 4 and 6 °C (39.2 and 42.8 °F), while average summer (July) temperatures are anywhere between 22 and 23 °C (71.6 and 73.4 °F). The coastal territory rarely experiences strong frosts during the winter.

Abkhazia receives high amounts of precipitation, but is known for its unique micro-climate (transitional from subtropical to mountain) along most of its coast, causing lower levels of humidity. The annual precipitation along the coast ranges from 1,200 to 1,200 mm (47.2 to 47.2 in). The foothills, the lower ranges, and the interior gorges of the Republic receive anywhere between 1,000 to 1,800 mm (39.4 to 70.9 in) of precipitation annually. Some of the interior gorges that are sheltered from the moist influences of the Black Sea receive the lowest amounts of precipitation. The higher mountainous regions receive 1,700 to 3,500 mm (66.9 to 137.8 in) of precipitation per year. Although there is usually no significant snowfall in the coastal regions, the mountains of Abkhazia do receive significant amounts of snow. Avalanches in the northeast sometimes pose a threat to populated areas. Snow depths often exceed 5 meters (16.4 ft) or 500 cm (196.9 in) in some of the high, mountainous areas facing the Black Sea.