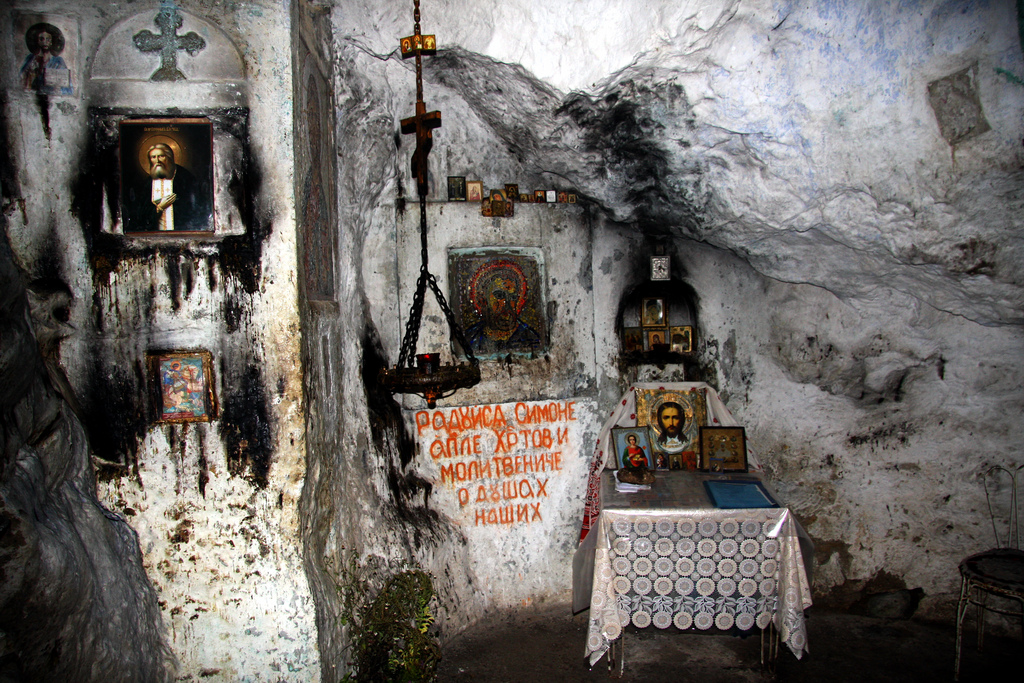 Temple of Simone the Zealot

In the center of New Athos, on the banks of the river there is a small Psyrtsha's cross trehapsidny temple, a unique monument of ancient architecture - the Church of Simon the Zealot. It was built in the era of the rise of Anakopia as the administrative and religious center of the Abkhazian kingdom in the IX- X centuries. This temple is made of white ashlar limestone which was built on the spot where, according to tradition, was killed by the apostle, Simon the Zealot.

It is a unique monument of the Abkhazian church architecture school, formed under Byzantine influence. In the middle of the VIII century. Abazgskaya diocese, who was at that time subordinated to the Patriarchate of Constantinople, became autocephalous Abkhazian Orthodox Church. Since then, it begins flowering of Orthodoxy and church building in the Abkhazian kingdom. With each name of the Abkhazian king associated construction and ornate cathedrals and temples, outstanding architectural monuments of the Caucasus and the whole of the Eastern Black Sea region. The main part of the cross-dome structures (inscribed cross): Bzybsky temple, and Simon the Canaanite temple Alahadzy temple Lykhny temple Mokva cathedral and church in Nizhny Arkhyz - represent the Abkhaz church school building. In the XI century. Abkhazian masters participated in the construction of St. Sophia Cathedral in Kiev.

The temple was repeatedly destroyed and rebuilt. It was restored in the era of the Byzantine emperor Comnenus, was decorated in a unique fresco painted in the XIV century.

Located in one of the finest places in the city (near the New Athos waterfall) Simon the Canaanite temple is a medium-sized church built of hewn white stone. According pilgrim Muraviev AN in his essay "Georgia and Armenia" (1848 ed.), "The temple device completely Greek triple division of the altar ... and semicircle gornyago place; amazing thinness of the walls, lined with wild-hewn stone and the height of the slender arches that rest on extremely light poles. Painting has worn off, but still visible on the west wall: Assumption of Our Lady and two martyr ".

Temple kept the two early medieval Greek inscriptions. One of them, dating from the IX-X centuries has over the southern entrance to the temple with the image of the circle and the cross inside it.