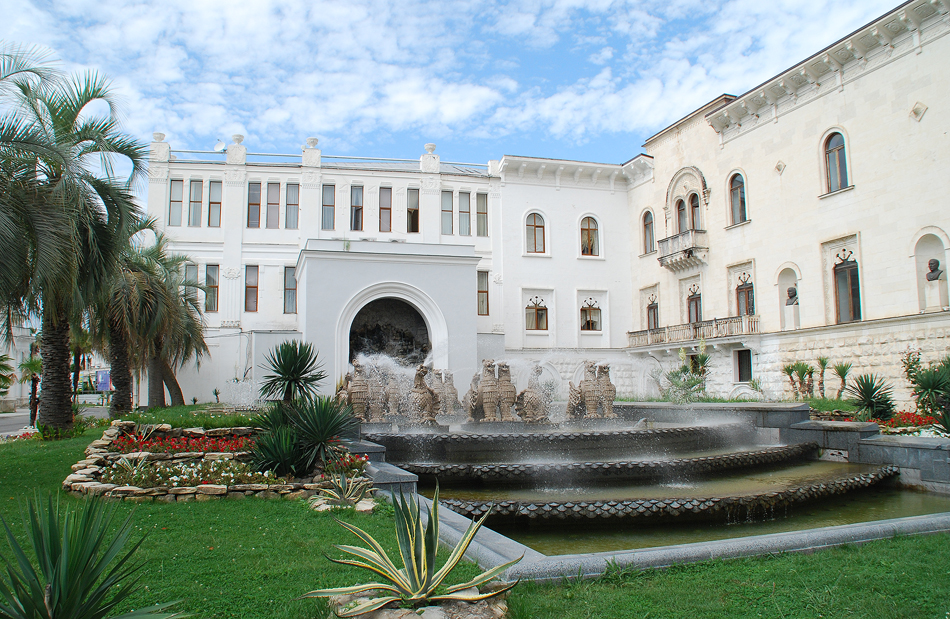 The Abkhazian Drama Theatre is located on the corner of Pushkin Street and Makhadzhirov waterfront. The building has an interesting history. In 1912 a small 30-room hotel, called The Grand Hotel, and a theatre with room for 670 visitors were built here.

They belonged to Ioakim Aloisi, a Sukhum merchant of the 1st Guild. The hotel also had a restaurant, a park of cars for rent, a cinema house called Olympia, a casino and two shops.

In 1942 both buildings were destroyed during a fire. In 1952 they were both reconstructed and the architectural projects were partially altered. The new theatre building has 700 places. All the plays are translated into Russian. The square in front of the theatre is decorated with a gryphon fountain.

The theater building closed for renovation in the summer of 2009. After the work was certified as completed in May 2014, the company started actively preparing for the new season.

On the 1st of December was held a repertoire of Abkhazian drama (works of not only Abkhazian authors but also world classics in Abkhaz language).

A scene from the play "Life is a Dream" by Pedro Calderon.