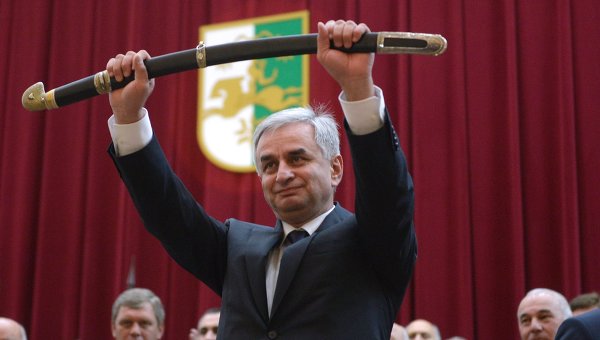 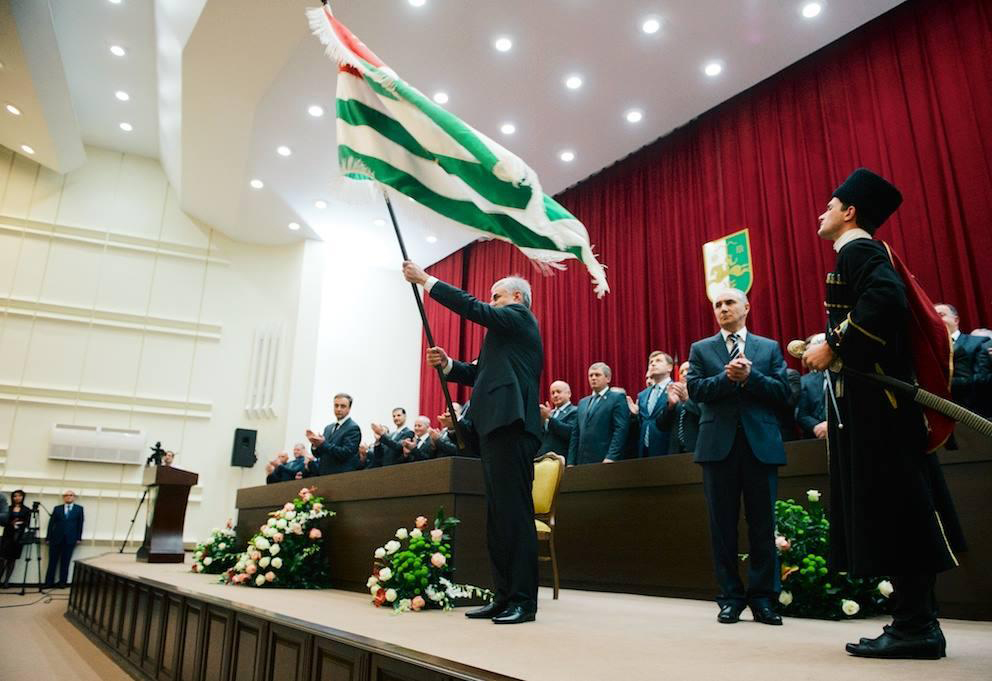 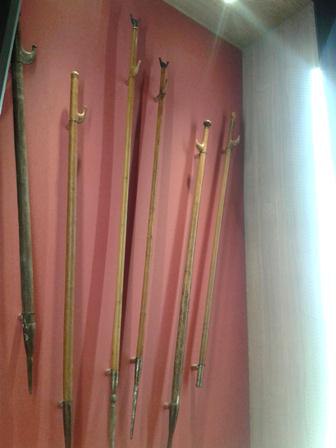 The attributes of presidential authority as the image of national identity

National identity is the sense of a nation as a cohesive whole, as represented by distinctive traditions, culture, language and politics.

Each attribute of presidential authority symbolizes specıfıc value and represent the image of national identity.

The solemn passing of these attributes to the president during his inauguration takes place after the national anthem had sounded.

The presidential standard and stamp.

The sword as an attribute of presidential authority symbolizes the role of the president as a Chief of the Armed Forces of the Republic of Abkhazia. It also symbolizes valour and honour, which are essential for accepting the decisions of national importance, especially in wartime.

Presidential sword has a steel blade knife with a wide fuller. Blade length 78 cm. Battle end of the sword is edged. A sword hilt is consist of handle and the length of sword hilt is 15 cm. The handle is made ​​of wood, covered with a silver lining; a head of the handle ıs silver, covered with gilded ornament. Wooden scabbard are covered with black leather. The length of scabbard is 81centimetre. Silver scabbard device consists of a mouth, two nuts and tip that also covered with gold ornaments. In historical memory, a sword is marked as a weapon, remaining to the present day as an inalienable detail of tradional abkhazian culture and as an element of old abkhazian men's suit.

The stick as an attribute of the presidential authority symbolizes wisdom. Alabasha belonged to the eldest in line. In historical retrospective, it was made especially for a council of elders and passed on from generation to generation as a relict.

Alabasha is a wooden stick with iron pike – an attribute of traditional Abkhazian culture. Due to this pike it is easy to stick alabasha in the ground or to use as a spear. Also it has a fork to lock the barrel. The length of the stick is 123 sm.

Meanwhile, it is one of the oldest types of weapon. According to experts, this attribute of presidential authority had not only symbolic meaning but also practical importance in former times– in old times it was used as a weapon, also it was a prop while walking in the mountains and some kind of tribune for the speaker.

«The alabasha language» is preserved up to our days. In old times, this language was widely used as an instrument of diplomacy.

During the councils of elders, this language was the most common and efficient way to negotiate. By dint of the alabasha language, it was possible to reconcile feuding.

For instance, the way the eldest stuck his alabasha in the ground meant his mood and intensions. If it was done quietly, calmly, that meant: "Do not hurry, let's think". If the pike was turned aside, it meant: "I'm tired of useless words!" Such a gesture propelled the opponents to accelerate the solution of the problem.

If the eldest propped up his body with alabasha, discussing the complex issue, it meant: «It is hard for me! It is an accute situation. A call for allover attention and maximum efforts». This pose also served as silent rebuke to his confrerence for inert participation.

The attributes of presidential authority as the image of national identity are represented by the values, which are appreciated by the abkhazian nation for centuries. Wisdom, honour, valour and power are the qualities, which are essential for the president of Abkhazıa.