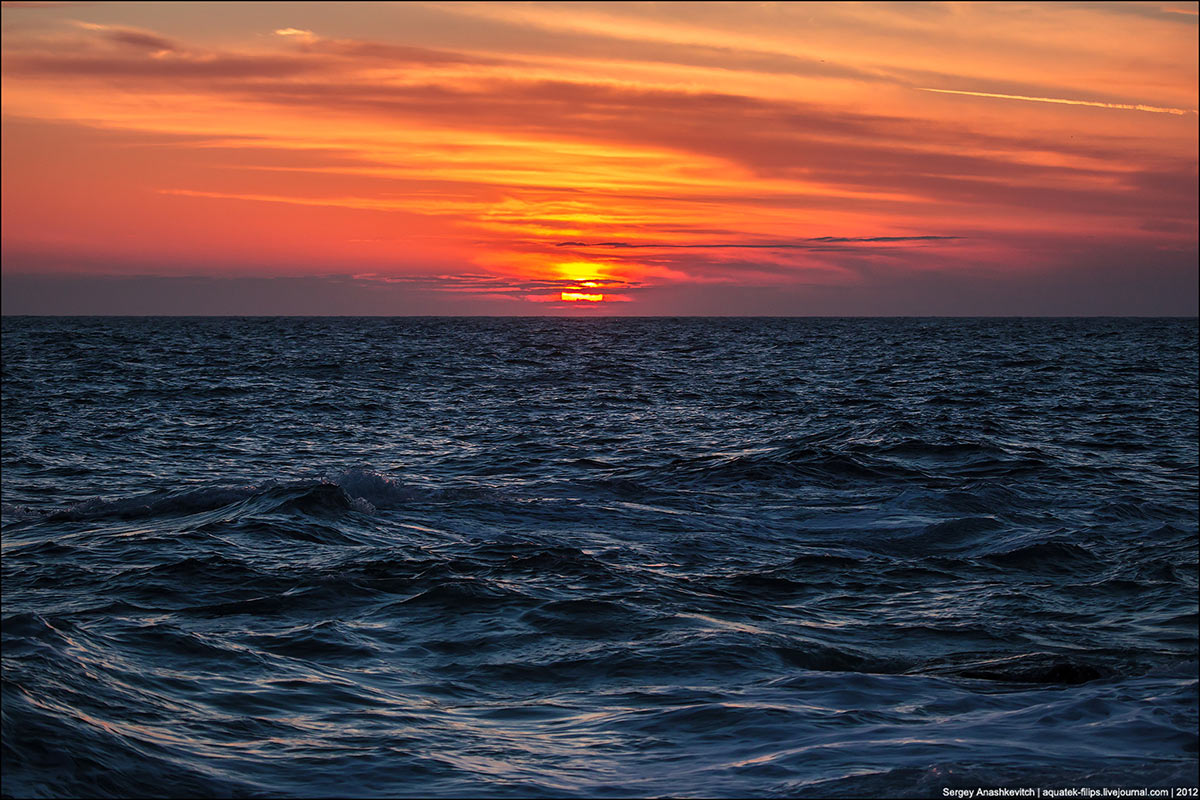 The Black Sea is a sea between Southeastern Europe and Western Asia. It is bounded by Europe, Anatolia and the Caucasus, and drains through the Mediterranean into the Atlantic Ocean, via the Aegean Sea and various straits. The Bosphorus Strait connects it to the Sea of Marmara, and the Strait of the Dardanelles connects that sea to the Aegean Sea region of the Mediterranean. These waters separate eastern Europe and western Asia. The Black Sea is also connected to the Sea of Azov by the Strait of Kerch.
The Black Sea has an area of 436,400 km2 (168,500 sq mi) (not including the Sea of Azov), a maximum depth of 2,212 m (7,257 ft), and a volume of 547,000 km3 (131,000 cu mi). The Black Sea forms in an east-west trending elliptical depression which lies between Bulgaria, Georgia, Romania, Russia, Turkey, and Ukraine.  Important cities along the coast include Batumi, Burgas, Constanța, Giresun, Hopa, Istanbul, Kerch, Mangalia, Năvodari, Novorossiysk, Odessa, Ordu, Poti, Rize, Sinop, Samsun, Sevastopol, Sochi, Sozopol, Sukhumi,Trabzon, Varna, Yalta and Zonguldak.

The Black Sea has a positive water balance; that is, a net outflow of water 300 km3 (72 cu mi) per year through the Bosphorus and the Dardanelles into the Aegean Sea. Mediterranean water flows into the Black Sea as part of a two-way hydrological exchange. The Black Sea outflow is cooler and less saline, and floats over the warm, more saline Mediterranean inflow – as a result of differences in density caused by differences in salinity – leading to a significant anoxic layer well below the surface waters. The Black Sea also receives river water from large Eurasian fluvial systems to the north of the Sea, of which the Don, Dnieper and Danube are the most significant.

In the past, the water level has varied significantly. Due to these variations in the water level in the basin, the surrounding shelf and associated aprons have sometimes been land. At certain critical water levels it is possible for connections with surrounding water bodies to become established. It is through the most active of these connective routes, the Turkish Straits, that the Black Sea joins the world ocean. When this hydrological link is not present, the Black Sea is an endorheic basin, operating independently of the global ocean system, like the Caspian Sea for example. Currently the Black Sea water level is relatively high, thus water is being exchanged with the Mediterranean. The Turkish Straits connect the Black Sea with the Aegean Sea, and comprise the Bosphorus, the Sea of Marmara and the Dardanelles.

The Black Sea is a marginal sea and is the world's largest body of water with a meromictic basin. The deep waters do not mix with the upper layers of water that receive oxygen from the atmosphere. As a result, over 90% of the deeper Black Sea volume is anoxic water. The Black Sea's circulation patterns are primarily controlled by basin topography and fluvial inputs, which result in a strongly stratified vertical structure. Because of the extreme stratification, it is classified as a salt wedge estuary.