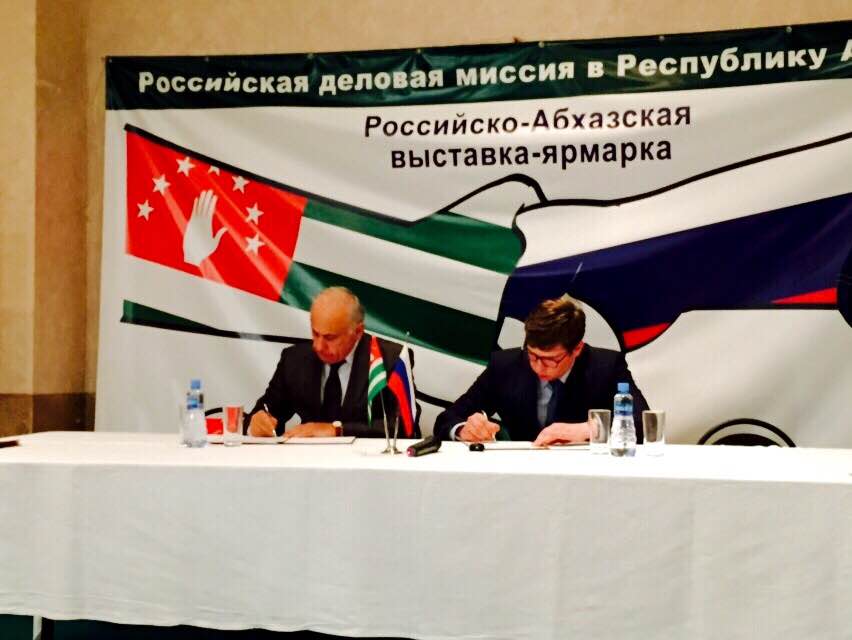 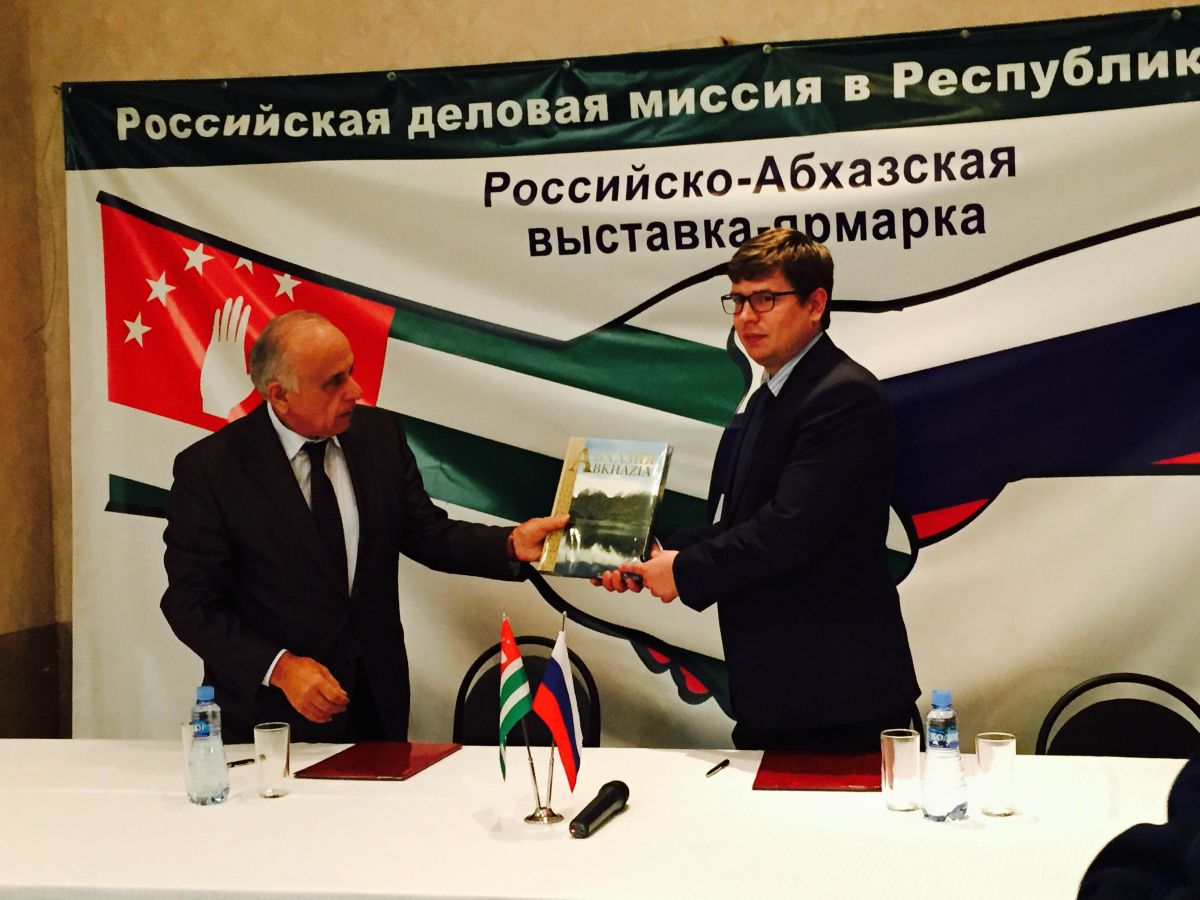 On the 9 of December 2014 the Russian-Abkhaz exhibition-fair completed its work.

At the end of the exhibition the Chamber of Commerce and zindustry of the Republic of Abkhazia and Russian autonomous non-commercial organization “ Business Promotion Agency” signed the agreement on cooperation.

Both parties have agreed in the framework of its competence  and according to its role in economic life of both sides to develop cooperation for more effective promotion of entreprises, organizations and companies in the issues of  promotion and strengthening of all forms of foreign economic activity.

The organizing Committee awarded its participants of the exhibition-fair with diplomas.

The organizers of the exhibition made decision to make the event a traditional one.