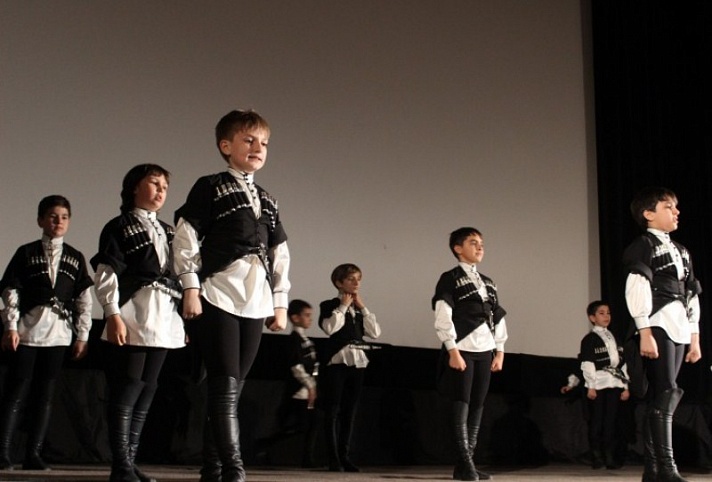 In Moscow there was a concert of the children's ensemble of the Abkhazian dance "Amtsabz" under the direction of the choreographer Lasha Marykhuba. The five-year anniversary was celebrated by the ensemble on the stage of the "Music-Hall" theater in the center of the Russian capital. This was reported by the press service of the Embassy of Abkhazia in Russia.

Prior to the concert, Ambassador Extraordinary and Plenipotentiary of the Republic of Abkhazia Igor Akhba congratulated Lasha Marikhuba, all the participants of the ensemble with the anniversary, and wished them further creative victories. The ambassador noted that the ensemble, popularizing the culture of Abkhazia, contributes to the creation of the image of our country.

The ambassador read out the greeting of the Minister of Culture of Abkhazia Elvira Arsaliya and presented the letter of the Ministry of Culture. Akhba also presented letters of thanks from the Embassy to the creator and leader of the ensemble Lasha Marikhuba, the teacher Salima Arstaa, the musicians Oleg Besolov and Marat Satsaev.

With the musical greetings were made by the national folklore ensembles of Moscow, representing Adygea and Ossetia.

The concert was attended by the Foreign Minister of Abkhazia Daur Cove, diplomats, public figures.