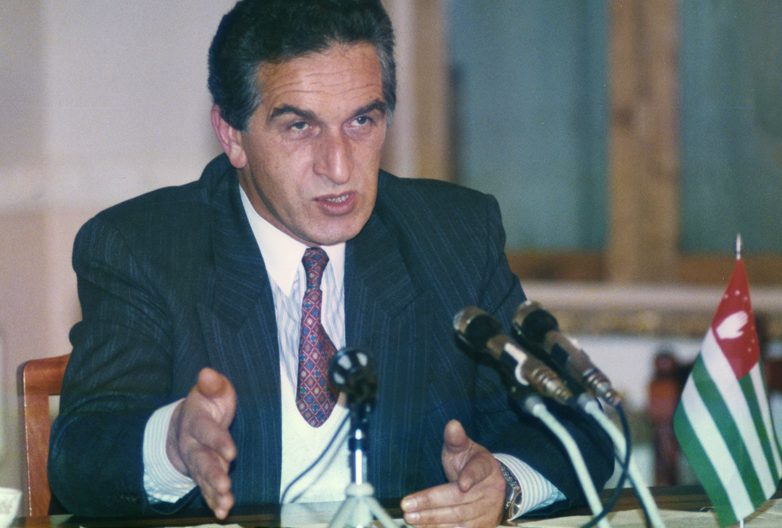 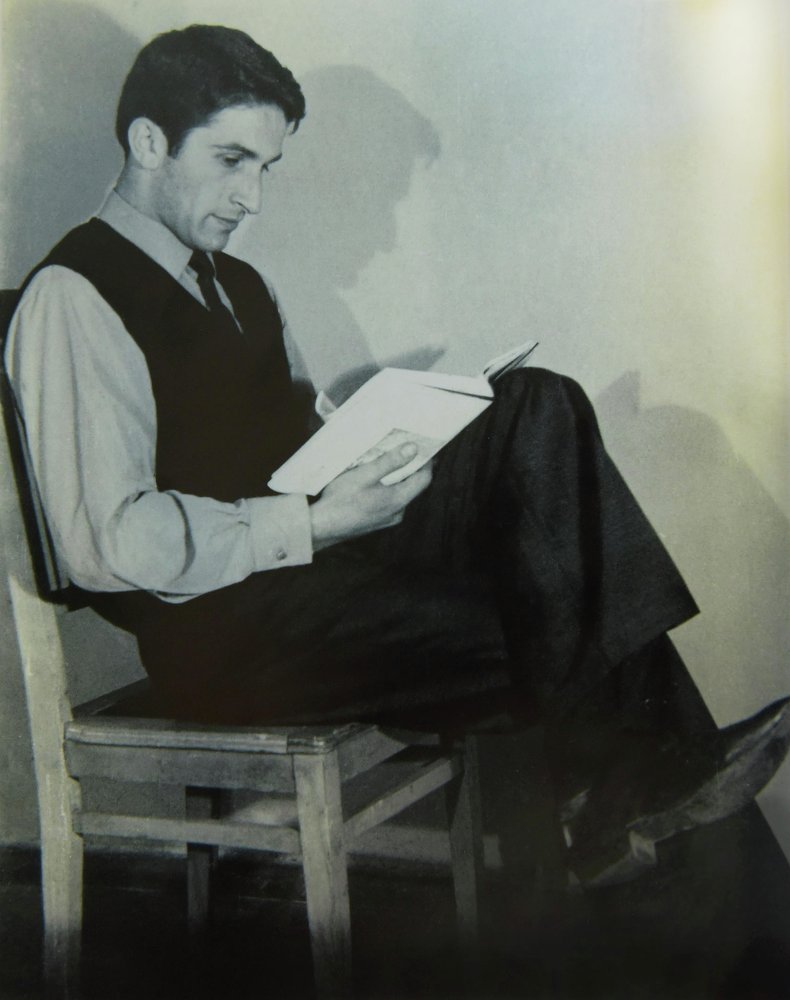 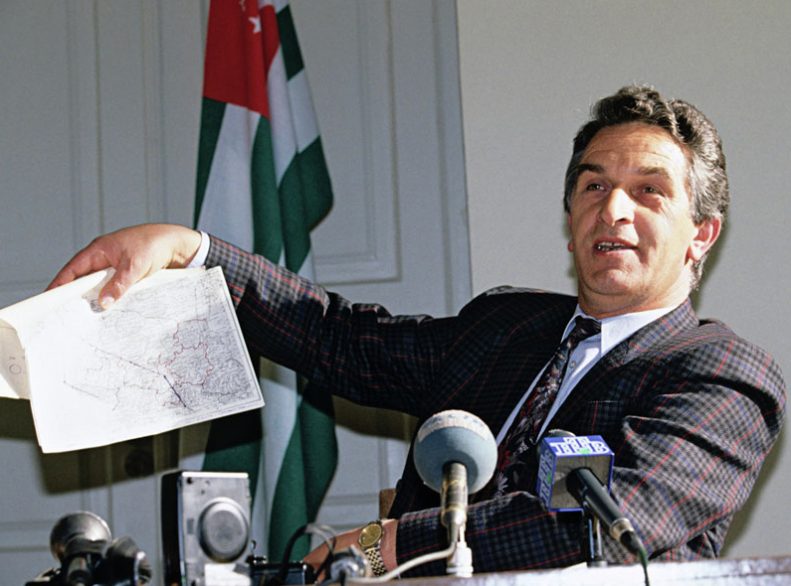 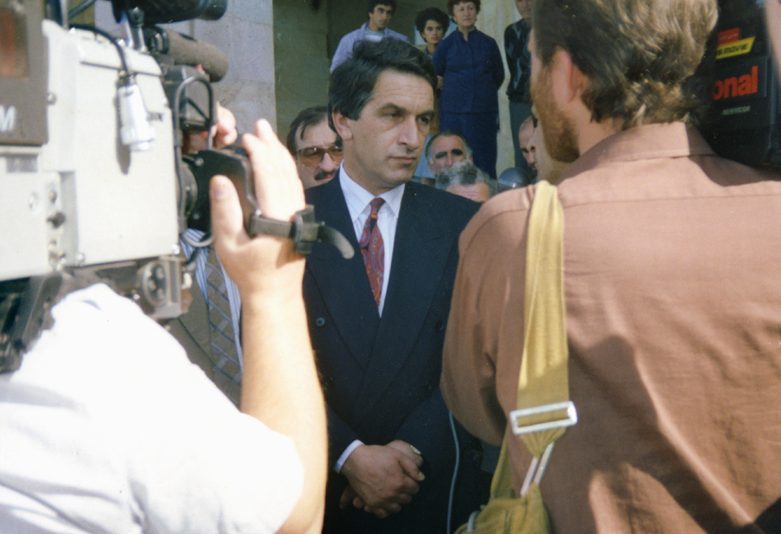 “The meaning of my presidency is in responsibility to the people”

Vladislav Ardzinba appeared on the political arena of Abkhazia in one of the most difficult periods of its history. He led the country, becoming not only a political, but also a spiritual leader of the people. The struggle for the rights and freedom of Abkhazia was a matter of his life.

Ardzinba came in politics from science. He is an Oriental scholar of world significance, he studied the history, culture and religious beliefs of the ancient peoples of Asia Minor, in particular, he investigated the already disappeared Hittites and Hutts. The latter are supposedly related to the Abkhaz-Adyg people.

“All my life in Moscow was connected with the department of the Ancient East. In it, I started working as a young graduate student, and left the Institute of Oriental Studies when I already became the head of the sector of ideology and culture of the Ancient East, the doctor of historical sciences.”

Vladislav Ardzinba defended his thesis in 1971, and became a doctor of historical sciences in 1985. He headed the sector of ideology and culture of the Ancient East of the Institute of Oriental Studies of the Academy of Sciences of the USSR and is the author of more than 40 scientific papers.

Vladislav Ardzinba's associates often noted that he did not pursue politics with his own will. Later, he admitted that he misses work at the institute and dreams of returning to science. However, it was Vladislav who was able at the crucial moment to lead the national liberation movement and implement the Abkhazian age-old dream of freedom and independence.

“The most serious disease of politicians is the desire for power to achieve their own specific goals.”

In 1988 Vladislav Ardzinba was offered to head the Abkhaz Institute of Language, Literature and History. He returned to his homeland after 22 years of life in Moscow and took over the leadership of the institute, which from the day of its foundation was one of the strongholds and centers of the national liberation movement of the Abkhaz people.

In 1988, Vladislav Ardzinba was elected a deputy of the Supreme Soviet of the Autonomous Soviet Socialist Republic. From this moment begins the political career of a man who later became the founder of the modern Abkhazian state.
In 1989, the ethnopolitical confrontation between the Abkhazians and Georgians in the republic passed into the acute phase. The Abkhaz people more than ever needed information and political support, as the Georgian leadership did everything to drown out the truth about the true historical and legal root causes of the confrontation between Georgians and Abkhazians.
During this period, Ardzinba is elected as the People's Deputy of the USSR and a deputy of the Supreme Soviet of the USSR, soon becomes Chairman of the subcommittee on the state and legal status of autonomous entities and a member of the Presidium of the Supreme Council of the USSR.

In 1990, Ardzinba was elected chairman of the Supreme Council of the Abkhaz ASSR. The new leader of the republic became the conductor of the course aimed at realizing the inalienable right of the people of Abkhazia to self-determination.
On August 25, 1990, at the session of the Supreme Council, a declaration was adopted, according to which Abkhazia was proclaimed a sovereign state. Tbilisi declared it invalid and having no legal force.

Early in the morning on August 14, the troops of the State Council of Georgia crossed the Georgian-Abkhaz border on the Ingur River and began to move deeper into the republic along the Gal-Sukhum highway. Civilians of the capital knew about the beginning of the war from the rocket and bomb attacks of the Georgian aviation on the city and beaches, which were filled with tourists in the hot August morning.

It was on this day, August 14, that the Supreme Council of Abkhazia was to have a meeting, at which it was planned to discuss the establishment of federal relations between Abkhazia and Georgia. However, diplomats preferred tanks. Vladislav Ardzinba addressed the people of Abkhazia on the Abkhaz TV with an appeal to stand up for the defense of the Motherland.
On August 18, Ardzinba heads the urgently established State Defense Committee. He personally manages the mobilization of the adult population of Abkhazia at the age of 18 to 40 years.

Having violated the agreements reached, according to which the sides withdrew troops (Georgians to the village of Bagmaran, Abkhazians to the Gumista River), on August 18 the State Council troops entered Sukhum without hindrance and occupied the city. Looting and ethnic cleansing of primarily the Abkhazian population of the capital began.
The leadership of the republic from the first days of the war moved from Sukhum to Gudauta, from where it worked during the entire period of hostilities. Closed territory from Gumista to Bzyb remained controlled by Abkhazians. Tkuarchal and some Abkhaz villages of Ochamchyra district were in blockade. The rest of the country was occupied by Georgian troops.

Substantial support in the struggle for the right to live on their native land was provided by the fraternal peoples of the North Caucasus, southern Russia, compatriots from abroad. The unfolding volunteer movement to help Abkhazia played a big role in raising the spirit of a small people before the enemy, which was far superior in strength.

The Abkhazian formations began to establish the Gumista defensive line, the Western Front. Spontaneously created armed guerrilla groups in the eastern part of Abkhazia began to unite, so the Eastern Front was gradually formed.
Against the backdrop of these events, on September 3, 1992, a meeting of heads of the Caucasian republics was held in Moscow in the "President Hotel", as it was officially named. Unofficially, it was nicknamed the gladiators' fight.
On the agenda of the meeting of the heads of Russia, Georgia and Abkhazia, in which the leaders of the North Caucasus and the regions of the South of Russia also participated, there was a question neither more nor less about the cessation of hostilities in Abkhazia. However, the Abkhaz delegation was under strong pressure from the other participants of the meeting, the latter openly tried to strengthen the position of the Georgian side.

The leader of the country, subjected to aggression, was tried to force to sign a document condemning the actions of volunteers. Despite the colossal pressure, Ardzinba showed firmness and managed to defend the honor of the people who stood up for the protection of the Abkhaz people.
He did not bring the final document of the Moscow peace meeting on the Abkhazian land, as it did not imply the withdrawal of Georgian troops from the territory of Abkhazia, as the Abkhaz side insisted. Confrontation continued.

The war in Abkhazia went on for 413 days. Until September 30, 1993, until the Victory Day, which brought Abkhazia a long-awaited freedom and independence, the people of Abkhazia had to go through far more than one tragedy. "We rushed to our deaths to live," Vladislav later said.

«We were forced to wage war. They decided to conquer and destroy us. But our people stood up in a just struggle against those who encroached on the most sacred - on our Motherland, who tried to trample down our statehood. And in this sacred struggle we relied on fraternal assistance of the peoples of the North Caucasus, the South of Russia, all honest people of the world.»

Subsequently Ardzinba will say: "The most terrible thing is behind us, the most difficult is ahead." This is about the formation of a peaceful life, the process of transition from war to peace, which required titanic efforts from the entire Abkhazian people and its leader.
On November 26, 1994, Vladislav Ardzinba was elected head of the Republic of Abkhazia, and on October 3, 1999 he was publicly reelected for a second term.

During the period of Ardzinba's activity, measures of fundamental importance were taken in the republic. In particular, the restoration of the Constitution of Abkhazia in 1925, the formation of the Abkhazian army, the Ministry of Defense, the Ministry of Foreign Affairs, the State Committee for Repatriation, and the restoration of the primordial toponymy.
Among the most important acts of Ardzinba's presidency is the signing of a statement on measures for a political settlement of the Georgian-Abkhaz conflict; the introduction of the Peacekeeping contingent of Russian troops along the line of confrontation on the border of Abkhazia with Georgia; conclusion of agreements on friendship and cooperation between Abkhazia and a number of other republics; the opening of the representative offices of the republic in a number of countries; adoption of the new Constitution of the sovereign Abkhazian state, the Emblem, the Flag and the Anthem of the Republic; recognition of the Abkhaz language as the state language of the republic; establishment of the Academy of Sciences of Abkhazia.

In 1999, a referendum was held in Abkhazia on the attitude of citizens towards the current Constitution and the adoption of the Act on State Independence of the Republic of Abkhazia.

Our Constitution, according to the ideas laid in it, is comparable, say, with the constitutions of such states as Russia, the United States, Holland, Austria. The ideas embodied in it are consistent with the principles of the Universal Declaration of Human Rights, other legal aspects recognized by the world community.

97% of Georgians who had the right to vote participated in the referendum. Ardzinba always stressed that Georgians who did not fight against Abkhazians can count on being equal citizens of Abkhazia. Later this right was used by 60 thousand Georgians who returned to Abkhazia after the military conflict.

In 1997, the first foreign visit of the delegation of Abkhazia in a high representative composition to Turkey took place, where Vladislav Ardzinba met with the numerous Abkhaz Diaspora. Throughout his presidency, Ardzinba attached great importance to the restoration of ties with his compatriots and the process of repatriation of the Abkhaz people, which remained divided for a century and a half.

V/ Ardzinba died on 4 March 2010, at the age of 64. He was in the Central Clinical Hospital in Moscow at the time. He will remain in our hearts forever.