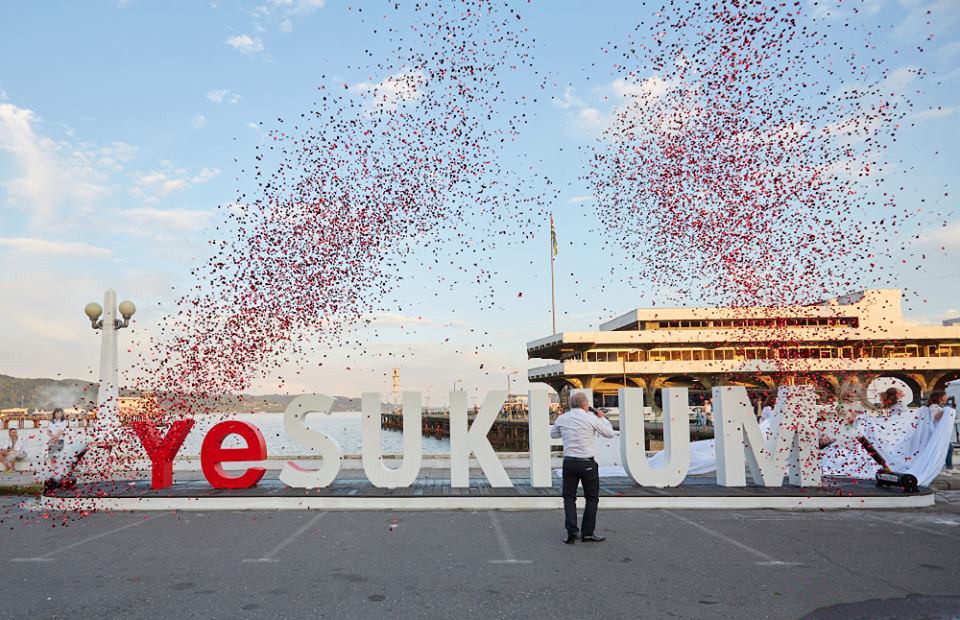 Sculpture of letters was installed on an area of S. Bagapsh square at the main sea gates of Sukhum.

On the eve of the celebration of the 2500th anniversary of the capital of Abkhazia, company "A-mobile" opened yeSUKHUM sculpture in the center of Sukhum quay.

yeSUKHUM - is the first decision on the branding of Sukhum. The sculpture of letters of the towns installed in many countries, but yeSUKHUM become not only a tourist attraction, but also tell the world about the correct spelling of the name of the town in English and Russian languages.

yeSUKHUM sculpture will be installed on an area of ​​S. Bagapsh square at the main sea gates of Sukhum.

The opening ceremony was held on July 8th. The program of the ceremony includes performances of Mokko beat and Cadence groups, and Dj Misha XL.