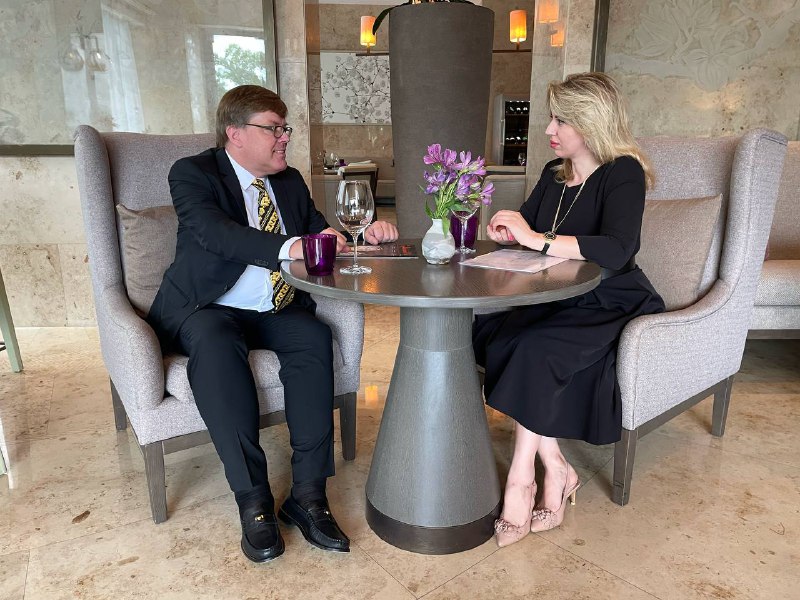 The President of the Chamber of Commerce and Industry of the Republic of Abkhazia Tamila Mertskhulava held a business meeting with Wolfgang Matzke- the representative of the CCI in Germany.

Mr. Matzke informed the President of the Chamber about the current state of business in Germany and how the sanctions affect trade and economic relations with entrepreneurs of the Russian Federation.

He also raised the issue of simplifying the conditions for crossing the border along Psou River for citizens of third countries introduced by Russia due to the coronavirus pandemic, which made it difficult for German citizens enter Abkhazia.

The work plan of the representative office for the near future, prospects for investment cooperation, possibility of strengthening partnerships with the territorial Chamber of Commerce and Industry of Germany and their membership base were discussed at the meeting.

During the conversation, Tamila Mertskhulava stressed that one of the important directions for the chamber is still the development of international relations.

“The Chamber of Commerce and Industry has opened its representative offices abroad and the activities of honorary representatives are carried out, who, on our behalf and on the basis of a power of attorney, represent and protect the interests of the chamber in a particular country,” concluded Tamila Mertskhulava.

The President of the Chamber noted the need for the participation of entrepreneurs of Abkhazia in industry exhibitions and other events, where they will have the opportunity to exchange views and experience with their colleagues.

Wolfgang Matzke is planning to involve representatives of the Abkhaz diaspora living in Germany in the events.
At the end of the meeting, the President of the Chamber expressed gratitude to Wolfgang Matzke for accomplished work and hope for an early meeting in Abkhazia.