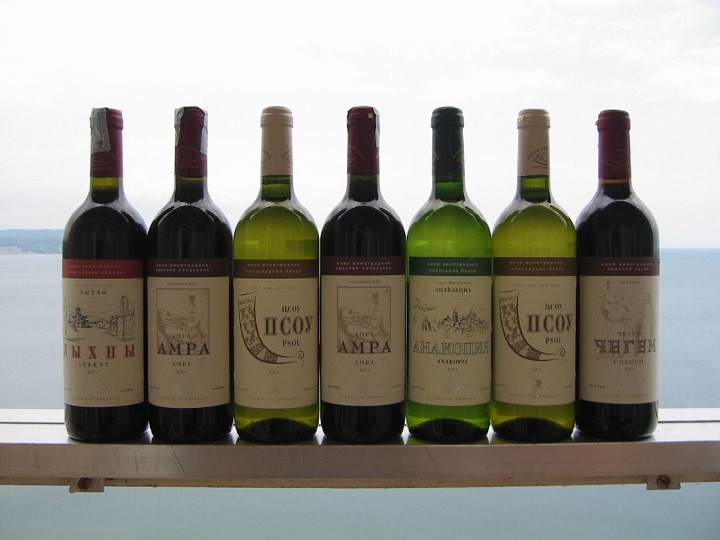 Tourism of wine in Abkhazia

The Republic of Abkhazia has always been a place of pilgrimage for lovers of wine. On the territory of modern Abkhazia traces of the ancient civilization of wine, archeologists have found today. Over the years, the excavation of clay vessels, used once for the infusion of wine were found jars of which poured grape drink, and even a bronze figurine of a man holding a horn.

Abkhazia is cultivated many varieties of grapes, but the grapes of the same variety may have different flavors in different parts of this sunny country. Consequently, the wine made in different Abkhazian villages, obtained special and unique.

In Abkhazia, the wines are traditionally divided into the so-called "male" and "female". It is not difficult to guess that the first greater inherent astringent taste and enveloping, the second - the sweetness and flavor. Finally, the Abkhaz has long been aware of the healing properties of grapes intoxicating beverage. Local winemakers, keeping the family tradition, and today continue to produce wine on their own recipes, rising from the depths of centuries. Perhaps the real good Abkhazian wines you can only try visiting a guest of the Abkhaz themselves.

On an industrial scale, most wines in Abkhazia began to produce only in the 20th century, more precisely since 1925. His heyday of industrial winemaking reached in 60-90-ies of the last century. Abkhazian wine repeatedly received awards at Russian and international competitions.

Truly the face of all the Abkhazian wine is a red dessert wine "Bouquet of Abkhazia", ​​made from the grape varieties of Isabella, - the first wine in Abkhazia, which have been producing in the factory. Abkhazians themselves called this drink black wine for his unusually dark color. Caucasian elders say that after drinking it "Bouquet of Abkhazia", ​​they begin to feel real Abkhazians.

Among the wines, which are possible to buy in the store the most popular red wines are dry wine with the name "Radeda" made from grapes Isabella, semi-dry "Amra" made from blends of selected red wine, as well as semi-sweet "Apsny", made from selected varieties Cabernet and Saperavi. Also, no less famous red wines such as sweet wine "Lykhny" (Prince of the Abkhazian wines), semi-dry "Escher" and dry "Chegem".

An interesting fact is that the "Radeda" - is the name of a traditional song for the newlyweds, and "Amr" means "sun".

Semisweet wines of Abkhaz "Isabel" was recommended by Brezhnev himself, which again confirms the quality of the wines of Abkhazia. And so through the most unique wealth of the people and the region - wine - offers travelers mystery of Abkhazia.