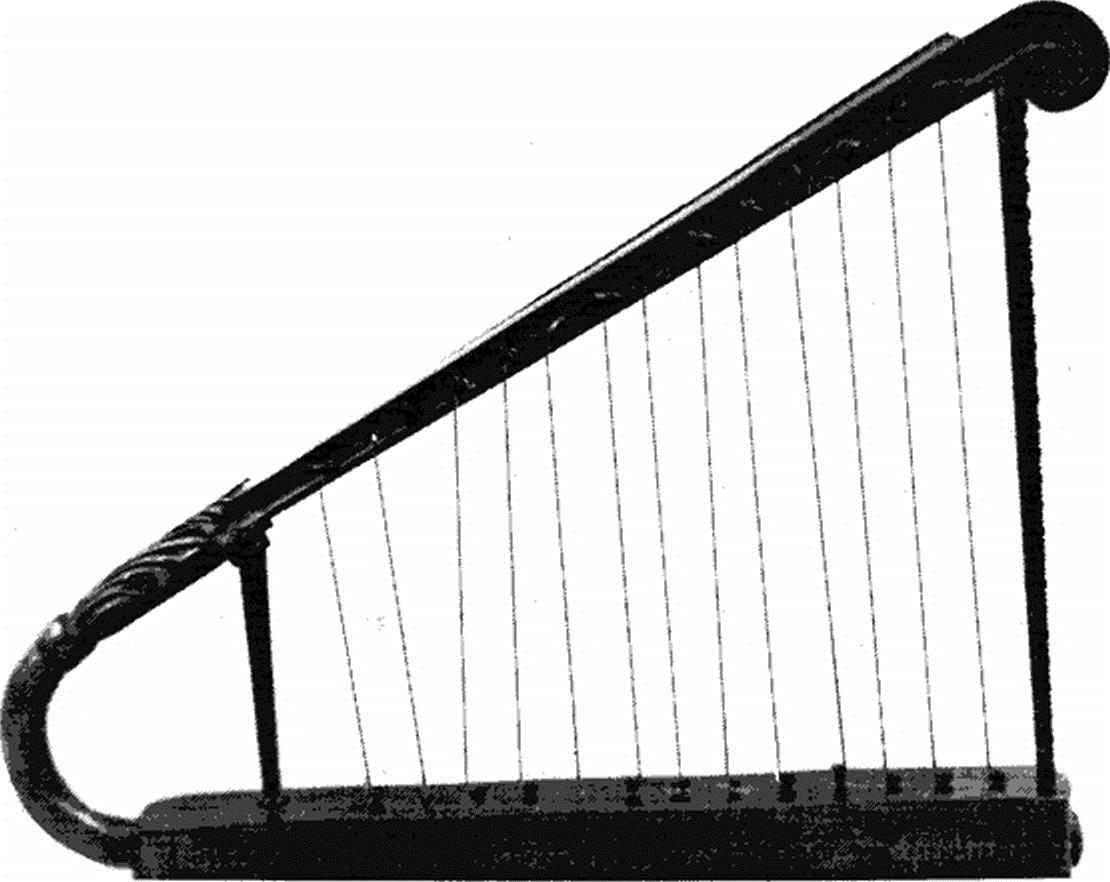 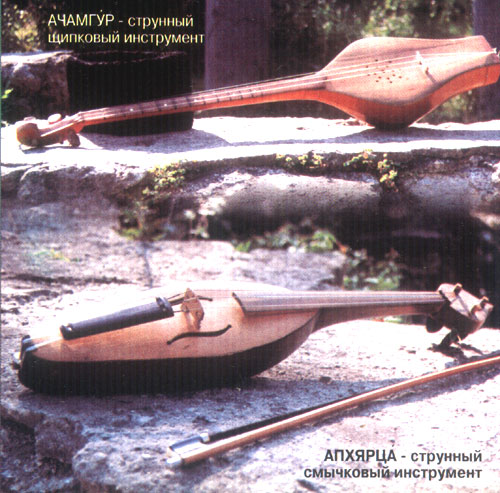 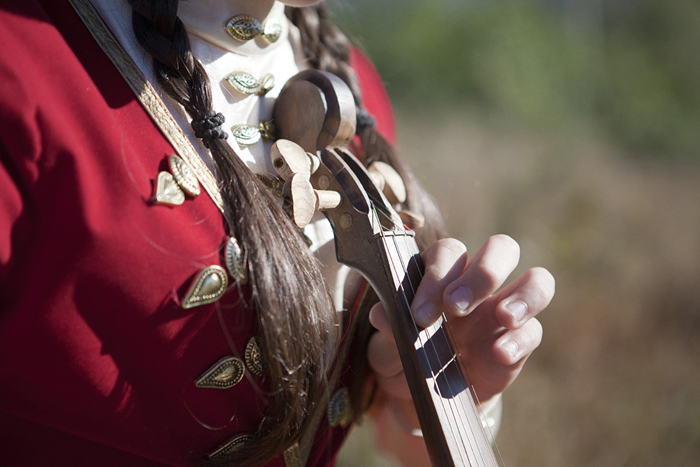 Music instruments of the Abkhaz people which consist of stringed (including the ones played by plucking) wind and percussion instruments are very distinctive. The most popular stringed instrument is aphiartsa, which has two strings, a bow and a narrow fusiform body made of alder. Aiumaa is a triangular harp with 14 strings made of horsehair. Its name can be translated as “two-handed” because musicians would put this instrument on their knees and elicit sounds by touching the strings by both hands.

The common wind instrument was acharpyn – a lengthwise single-pipe flute with three or more rarely six holes. It was made of herbaceous plant cow-parsnip (“acharpyn” in Abkhaz) and was decorated with a linear ornament. Another popular instrument was abyk’, a horn made of the bark of the wing nut and a single reed, placed inside its head. Akabak xtsvy or «squash rod” - a kind of a pipe with three holes in the body – was made from the stem of a pumpkin.

Percussion instruments included drums and different sorts of rattles which were also used for frightening the birds off the cornfields. Rattles – akyapkyap – represented a thick handle with lath connected to it. When rotating it with both hands it was loudly crackling. Drum –adaul- was very popular and it still often serves as accompaniment especially for dances.

Abkhaz folk dances is the most popular performing art. There are several professional dance groups and children’s choreography schools in Abkhazia. Repertoire of the groups includes folk dances, ritual dances with felt cloaks and daggers, as well as dances of the peoples of the Caucasus.