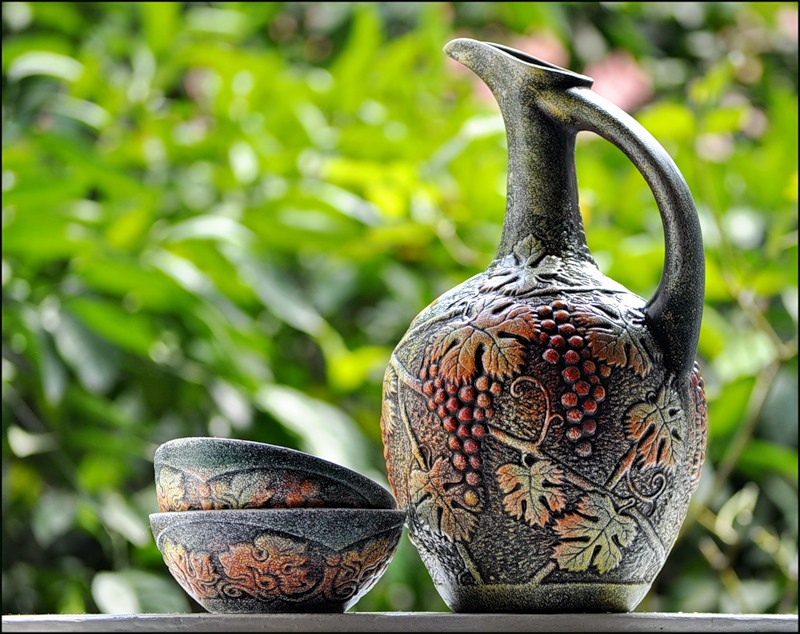 Feelings of beauty have a universal character. Beauty in nature, public and private life causes a feeling of aesthetic pleasure in everybody capable of understanding the exquisiteness of people, irrespective of any tribal, racial or class association. If there were no valid criteria for an estimation of the phenomenon of beauty, mankind would not equally admire, for example, sunrise and sunset, majestic falls, open seas, mountain landscapes, the Egyptian pyramids, images of Prometheus, Greek art, Raphael’s paintings, the poetry of Rustaveli and Dante, Shakespeare and Pushkin, Mayakovsky and Yesenin, and the novels of Balzac, Tolstoy and Sholokhov.

However along with common features, ideals of beauty also have specific traits for various races, people and public classes, connected with the aesthetic views dominating in a given ethnic group, and tastes which under the influence of historical conditions can change, develop and be improved. Education in taste is improved by knowledge, including a mastering of the major elements of national culture. Modern civilization is connected by a thousand threads to all previous developments, with cultural values which were created by many people on all continents throughout millennia. Traditions substantially defining the ethnically individual aspects of a people form the richest fund of its culture, as a result of its centuries-old practical and intellectual activity.

In the diary of the well known Abkhazian artist A.K.Shervashidze (Chachba) we read: ‘... We live among people with beautiful ancient customs, with a large, beautiful and sincere internal culture... It makes me extremely sad when I think that all that is so appreciated in Abkhazians could disappear, in particular from our mountain people. I imagine them to myself as harmonious, dexterous, very polite and with great dignity, calm, moderate in everything, honest and resolute. All of our culture is in these characteristics’.

Unfairly, some fine traditions for which Abkhazians were famous in the past have been forgotten, such as for example national - in the full sense of this word - horsemanship, the system of unique etiquette, the delicate rules of dialogue between people, the mass performance of national songs and dances, etc.

In the comparative analysis of losses and acquisitions in the field of national art creativity, preservation of the positive features of traditional heritage is also rather instructive. The national creativity of Abkhazians has not only historical and cultural importance, but also a large practical value.

In spite of many traditional items having already lost this direct practical value, they remain in the historical memory of the people, and at the same time continue to hold unique aesthetic functions, and are monuments to the ancestors of families as relics creating a special beauty which brings pleasure and educates people.

The question of aesthetic criteria - what should be considered as fine, and what ugly - is one of the most difficult problems in science. One unique answer to this does not exist. Inconsistencies in the culture and life of different nations of the world - historical and modern, backward and civilized - also confirm this to be true.

As is known, any civilisation accompanied by a destructive force of fashion not only receives but also inevitably loses a lot which is original and beautiful in life and human relations. In particular, modern means of communication and transport which have resulted, as Abkhazians say, in the disappearance of distances, have caused a decline in horse breeding. The oblivion of a variety of remarkable elements of material and spiritual culture is connected with this, for example Circassian coats, burkas, inlaid saddles, lashes, bridles, etc., all of which were indispensable accessories for any good horseman in the past.

Collecting, and conducting scientific research into, such unique items provides not only an understanding of this or that ethnic culture and its specific features, but also allows the possibility of learning why it developed as it did, and at the same time helps us to find the best explanation for the ethnic psychology of the people and their character. Without considering the originality of the national Abkhazian traditions, customs and mythology, any concept of the Abkhazian person will not be complete.

The aspiration to keep and carry intact into modern times all the best and noblest old national traditions, and all which is precious from lessons of national history, is intrinsic to poets and artists in the broad sense of these words, and especially to the sons of those people whose development from narrow national patriarchal frameworks to the wide horizons of world culture was so prompt - as has occurred in Abkhazia. The national poet of Abkhazia, Bagrat Shinkuba, came back time and again to this theme, but perhaps most precisely expressed it in this rhyme:

The hearth is burnt, the flame is twisted

Do not forget to throw more wood

Eternal fire has been transferred

From one generation to the next

I wish that all were able to preserve

This fire which has come from centuries,

Whose reflected light has shone on cradles

And the grey hair of old men.