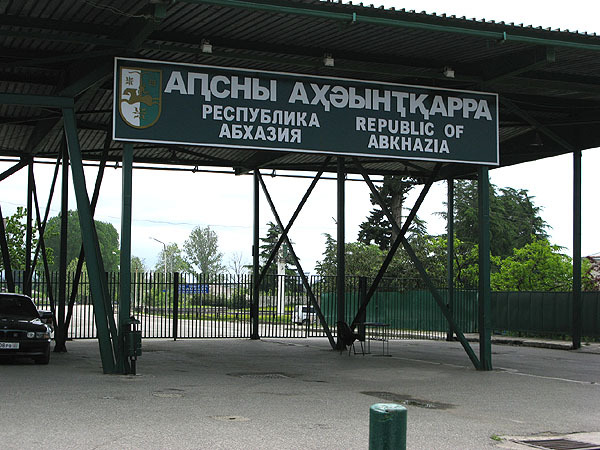 Visa for Republic of Abkhazia

The Republic of Abkhazia is an independent state. The Psou River separates border of Russia and Abkhazia where customs services of both countries. The border post is open around the clock. For travelling to Abkhazia, you have to follow to the town of Adler (air, railway / road). Distance from the city of Adler to the border with Abkhazia on the Psou River is 10 km (about 10 minutes on the way).

There are two bridges for crossing the border- pedestrian and roads. Border formalities may take quite a long time, up to several hours. The length of the transition in this case is about 2 km - from the Cossack market to the border post.

At the Russian-Abkhaz border at the Psou River to the Russian and CIS citizens is visa-free regime with the passage of a common customs and passport control. Citizens of other countries to enter into Abkhazia should have a double or multiple entry visa to Russia (for travel from Russia to Abkhazia and back) and a visa to Abkhazia.

Citizens of the Russian Federation and CIS countries, except Ukraine and Tajikistan can travel from Russia to Abkhazia using internal passports.

Citizens of Ukraine and Tajikistan can travel from Russia to Abkhazia only by foreign passport (from the end of April 2009).

The servicemen of the Armed Forces, as well as the federal bodies of executive power, which provides for military service, with the exception of persons undergoing military service who leave in Russian Federation with the permission of the command issued in the order and established by the Government of the Russian Federation (Article 19 Chap. III of the Federal Law N 114-FZ of 15.08.96g). The documents for the military is an identity card (General, Admiral, officers, warrant officers of the Armed Forces); military ID serviceman if business trip or holiday certificate (indicating the place of arrival - Abkhazia).