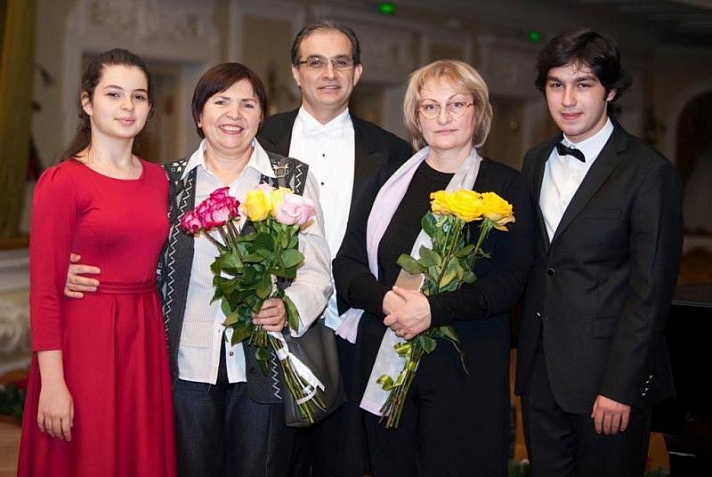 The IX International festival-competition "La Noche en Madrid 2019" will be held in Madrid, Spain from 29 March to 2 April. The festival will be attended by young Abkhaz musicians: a fourth-year student of the Sukhum State Music College named after A. Chichba Baras Kudzhba and seventh grade student Maria-Emilia Terzyan-Hagba.

The delegation will also include:

Ninel Bzhania-the Honored Artist of the Republic of Abkhazia and Director of Sukhum State Music College named after A. Chichba;

Olga Hagba-the Honored Artist of the Republic of Abkhazia and teacher of Sukhum State Musical College named after A. Chichba.

“Our participation in the festival has its own background. Last September, professors from Moscow Conservatory came to Abkhazia with master classes. Baras Kudzhba and Emilia Terzyan-Hagba were selected to take part at the abovementioned festival. The competition will be difficult, I am more than sure that our children will present Abkhazia with a great dignity,”-said Ninel Bzhania.

As Baras Kudzhba noted that participation in this festival is a great honor for him. “Musicians from different countries will take part in it, I would like to represent my country and show that art in Abkhazia is at a high level,”-stressed the musician.

The project is supported by the Ministry of Culture and the Preservation of Historical and Cultural Heritage of the Republic of Abkhazia and the Abkhaz Public Development Fund “Amshra”.